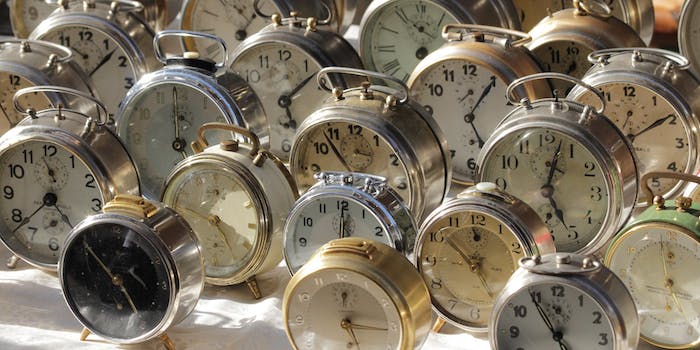 No, it doesn't have anything to do with farmers.

If you woke up feeling extra groggy this Monday morning, you probably have Daylight Saving Time to blame. Losing an hour of sleep seems extra cruel when winter still hasn’t loosened its icy grip. This led John Oliver (and many others) to ask: Why is this still a thing?

Last Week Tonight‘s “Why is this still a thing?” segment is always on point, and Daylight Saving Time was an obvious choice for this episode. When asked why the time change exists in the first place, most of us tend to mutter something about farmers and harvest time before surreptitiously looking it up on Wikipedia. But as Last Week Tonight explains, there is really no good reason to stick with Daylight Saving in the 21st century. Oh, and it has nothing to do with farmers.

It’s great to know that, in addition to making us feel slightly more tired for a couple of days, Daylight Saving Time actually leads to an uptick in car accidents. So, why is this still a thing, again?

Photo via Matteo Ianeselli/Wikimedia (CC BY 3.0)