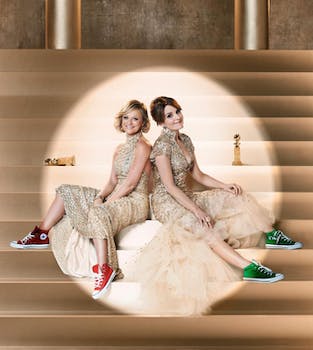 David Spade to live-tweet Golden Globes, because Twitter hates you

Worried about the lack of people live-tweeting the Golden Globes Jan. 13, Twitter convinced 20 celebrities to do it.

Worried about the lack of people live-tweeting the Golden Globes Jan. 13, Twitter convinced 20 celebrities to do it.

In a somewhat star-studded event, the microblogging site said Thursday they managed to corral a group of celebrities ranging from the A-list (Julia Louis-Dreyfus!) to D-list (Audrina Patridge?) to bring fans “even closer to the show.”

“Following along on Twitter is like having a seat at the table, being a part of the conversation with your favorite celebrities,” the site said.

Twitter also announced the official hashtags for the show are #goldenglobes and #globesparty, so if you needed a reminder of how normal your life is, follow those. The show is hosted by funny ladies and perennial Tumblr favorites Tina Fey and Amy Poehler.

It starts at 8pm ET on NBC.