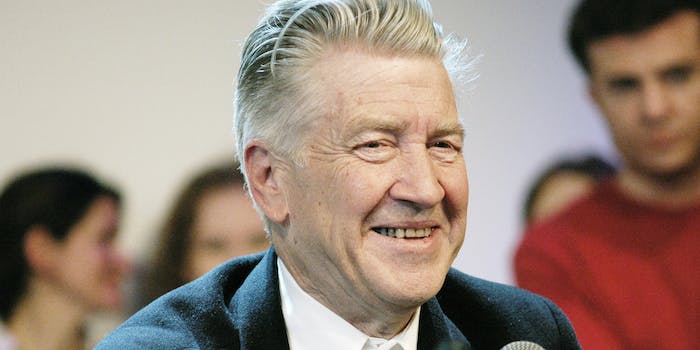 David Lynch confirms ‘Twin Peaks’ revival is back on

Maybe for more episodes than expected.

Rejoice, Twin Peaks fans! Things were looking dark for the much-anticipated revival of the series, which was slated to run nine episodes and air on Showtime, after David Lynch left the project over budgetary concerns in April. Following the departure, the Internet went into a frenzy, and the show’s cast recorded a series of vines begging Showtime to work the issue out, and get him back in the director’s chair (he was slated to direct every episode).

Now, we’ve got this tweet from Lynch, confirming that’s happened:

Dear Twitter Friends, the rumors are not what they seem ….. It is !!!
Happening again. #TwinPeaks returns on @SHO_Network

Showtime President David Nevins confirmed the reunion of Lynch and the network in a statement on Friday, saying:

“This damn fine cup of coffee from Mark and David tastes more delicious than ever…. Totally worth the extra brewing time and the cup is even bigger than we expected. David will direct the whole thing which will total more than the originally announced nine hours. Preproduction starts now!!”

So not only is David Lynch back on board, but we’re getting more than nine episodes. Happy Friday!