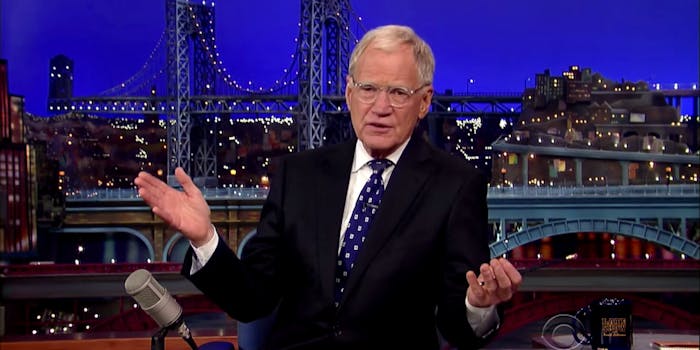 It's pretty hard to watch.

We tend to look back on the careers of the greats with rose-tinted glasses when they finally retire, but it’s important to remember that people are complicated.

David Letterman ended his run on The Late Show Wednesday after 33 years in late-night television, and while many of his plaudits are well-deserved, he didn’t have the best track record when it came to his female guests.

Nell Scovell, one of the few women who wrote for him, recalled a “hostile, sexually charged atmosphere” when she wrote about it for Vanity Fair in 2009. Letterman admitted that he slept with female staff members in 2009 after someone tried to extort him for it.

Gawker put together a compilation of Letterman’s comments to female guests over the years, and the uncomfortable five-and-a-half minute supercut is a reminder that things often got pretty awkward better Letterman and women. Was it harmless flirting or something creepier? The only people who really know are the guests themselves, but when these clips are piled on top of each other, it becomes hard to watch.

The supercut is along the lines of what Amy Schumer tackled in her takedown of the late-night talk show interview format. Many people got the impression her segment, which aired last week, was aimed at Letterman, but she dispelled that belief a few days later when she appeared on Jimmy Kimmel Live.