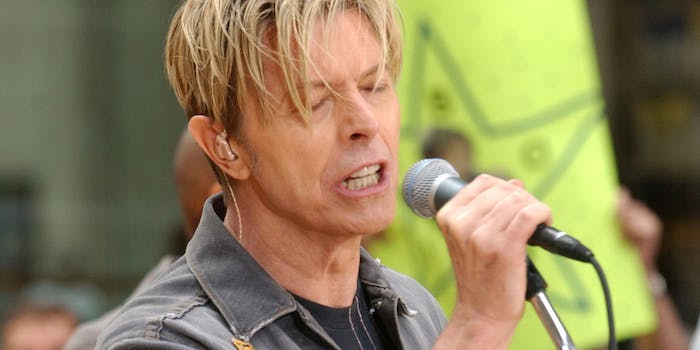 On what would have been his 70 birthday—and 363 days after he died—David Bowie’s final recordings (and a video) were released Sunday.

The EP is called No Plan, and it features four songs, including a meandering but sweet “No Plan;” a rocking keyboard-heavy “Killing a Little Time;” a classic Bowie sound in “When I Met You;” and the saxophone-tinged, space-rock sound of “Lazarus.”

As NME points out, these tracks were recorded at about the same time as Bowie’s final album, Blackstar, and they were used for Bowie’s musical, Lazarus. But this is the first time the new material is available as a standalone piece.

Here’s the video for “No Plan.” Make sure to read the YouTube comments, because Bowie fans were shocked (yet ecstatic) to realize that new Bowie material was available.

You can also listen to all four songs on Spotify.