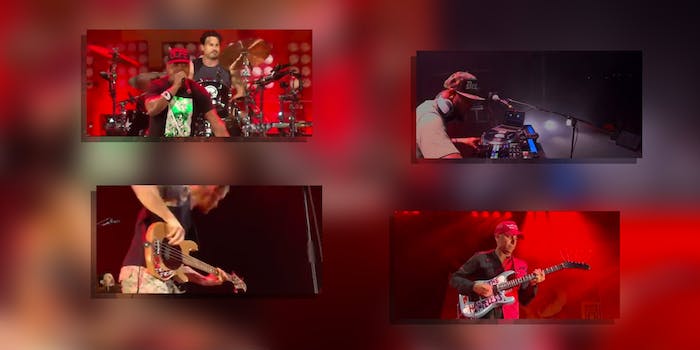 Photo via Prophets of Rage / Facebook Remix by Max Fleishman

Dave Grohl rocks out with Prophets of Rage

If a rock band performs live and Dave Grohl of the Foo Fighters doesn’t make a cameo, does anyone even care?

Of course not. That’s why Grohl joined feel-good nostalgia crew Prophets of Rage onstage Wednesday night. The supergroup, composed of Rage Against the Machine, Public Enemy, and Cypress Hill members, ripped through the MC5 classic, “Kick Out the Jams” with Grohl in tow.

Skip ahead to 2:02:50 for the Grohl performance in Toronto’s Molson Canadian Amphitheatre, and don’t act like it’s not pretty good.