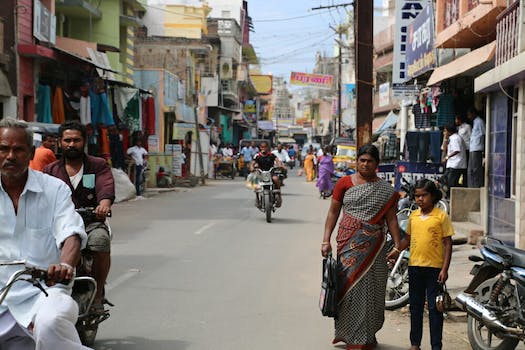 Over the course of Netflix’s four-part documentary series Daughters of Destiny, Academy Award-winning filmmaker Vanessa Roth follows five young Indian women striving to pursue an education, figure out what they want to do with their lives, and begin shaping their own futures. That’s a path many people have walked over the years, but the women of Daughters of Destiny must navigate a difficult middle ground between a culture that expects nothing from them due to their caste, and families who have pinned all their hopes on their children achieving success, and thus helping elevate them out of poverty. It’s a seeming contradiction that grants Daughters of Destiny enormous emotional weight.

Daughters of Destiny is centered around Shanti Bhavan, a residential school in the Indian village of Baliganapalli. Founded by Dr. Abraham George in August 1997, Shanti Bhavan takes in young, impoverished children at age 4 and guides them through their formative years, with the hope that they’ll then enroll in college and find a career that allows them both personal success and the ability to help both their families and others like them. Many of these children—including the ones profiled in Daughters of Destiny—are from the so-called “Dalit” caste, otherwise known as “the untouchables,” traditionally considered inferior and destined for little more than menial labor. Shanti Bhavan provides for their education year-round during their adolescence, and even pays for their college education.

Having filmed over the course of seven years, Daughters of Destiny is reminiscent of past experiments such as the Up documentary series that launched with 1964’s Seven Up!, or even Richard Linklater’s Boyhood. Over the course of the four episodes, Daughters of Destiny follows the girls through their studies, through visits back to the villages where their families still struggled to scrape by, and on to college as they take tentative steps into careers ranging from law to teaching to nursing. It’s impossible not to root for these young women to succeed, especially in the moments when we’re reminded of what their lives might have been like if they hadn’t gone to Shanti Bhavan.

Director Vanessa Roth is very smart in how she structures the series. The first episode is contained largely within the confines of Shanti Bhavan, exploring its history, goals, and just generally providing a sense of day-to-day life for its students. As the series progresses, the scope continues to widen, introducing the students’ families, the larger cultural pressures of their caste and societal expectations, and then finally turning the lens toward the future as the girls settle into careers and try to give back to the school that helped shape them. The contrast between the girls’ school life and the poverty and hardship their families experience is jarring every time it’s touched upon, all the more so when we’re reminded just how much pressure is being put upon the students of Shanti Bhavan to succeed. Whether it’s a parent tearfully talking about taking out a loan they can’t afford to help pay for the school, or simply a shot of a mother breaking rocks beneath a blistering sun, Daughters of Destiny never lets its audience lose sight of just what’s on the line for these kids.

The series is also beautifully shot, mixing candid interviews with “fly on the wall” camera work for the most part, but then surprising you with a sudden, sweeping aerial shot. It does a marvelous job of conveying a sense of both place and dichotomy of place, contrasting the clean halls of Shanti Bhavan against the bustling streets of Bangalore or the grey, dusty expanse of a quarry.

For anyone unfamiliar with the Indian caste system, Daughters of Destiny provides a gripping and exhaustive look inside a school built from the ground up to prove that these students can accomplish anything they put their minds to, destiny be damned.