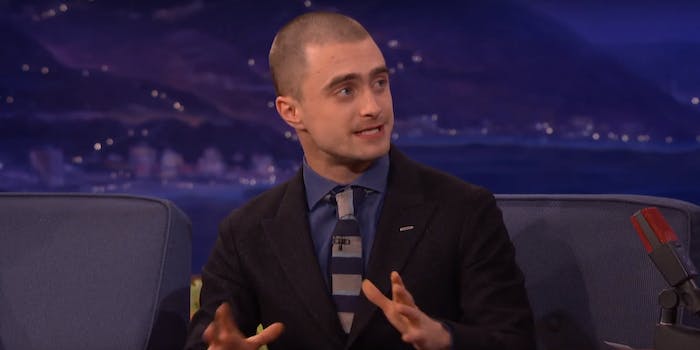 Even celebrity Star Wars fans are getting swept up in The Force Awakens hype.

Daniel Radcliffe, who somehow managed to visit the set of The Force Awakens during filming and once dressed up as Boba Fett on Ellen, is absolutely thrilled about the new film. He finally gets to experience the kind of excitement that Harry Potter fans had in their heyday, and he’s even planning to go to a midnight screening. After all, he figures there has to be some crossover between the two fandoms. (You know, besides both series having Domhnall Gleeson in them.)

And while we admire his potential costume choice, he should probably make sure his theater hasn’t already banned masks before he tries to go fully incognito.