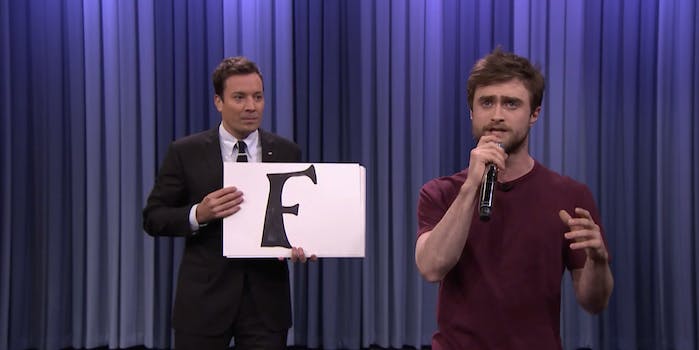 He doesn't need magic spells to enchant us.

We’re already learning a lot about Daniel Radcliffe this week, but the man who played the boy wizard has even more talents up his sleeve to show off.

He divulged in an interview last night that he used to memorize rap songs as a kid—especially the ones with quick-spitting lyrics—and now he finally got to put that all to use on The Tonight Show stage. While Jimmy Fallon is usually front and center right along with his guests, he gave the stage to Radcliffe, who started rapping a version of Blackalicious’ “Alphabet Aerobics,” and stood behind as a sort of cheerleader to remind us what letter he was on.

But we probably didn’t need his assistance to follow right along. We were already entranced.