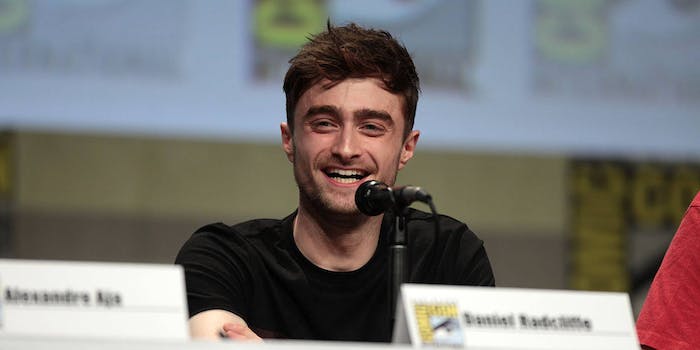 We finally have our leading actors in the Grand Theft Auto television drama.

Variety reports that Daniel Radcliffe and Bill Paxton will be starring in a drama based on the developmental process and legal snafus of Grand Theft Auto. The BBC has picked up the drama which will focus on British designer Sam Houser (Radcliffe) and his legal battles against activist, and now disbarred attorney, Jack Thompson (Paxton).

The battle between Houser and Thompson came to a fever pitch in the early aughts upon the release of Grand Theft Auto: Vice City. Thompson claimed that the game incentivized kids to plot and commit violent acts. It was a time when it was fairly easy for any kid to walk inside of a gaming store and pick up an M-rated game without question. Many do credit the political drama as the reason why retailers now inform parents of the content found in M-rated games prior to purchase.

So it’s looking like your run-of-the-mill media versus moral police type of story. But Thompson, as a character, should be entertaining to watch. It’s not just video games he’s gone after—unsurprisingly he also made a case against rap music.

Grand Theft Auto should also be an interesting subject. The series has grossed billions in revenue and has pushed over 150 million units worldwide. Grand Theft Auto V was also the fastest media property ever to hit $1 billion, doing so in three days.

Game Changer, the current working title will be written by James Woods and directed by Owen Harris.