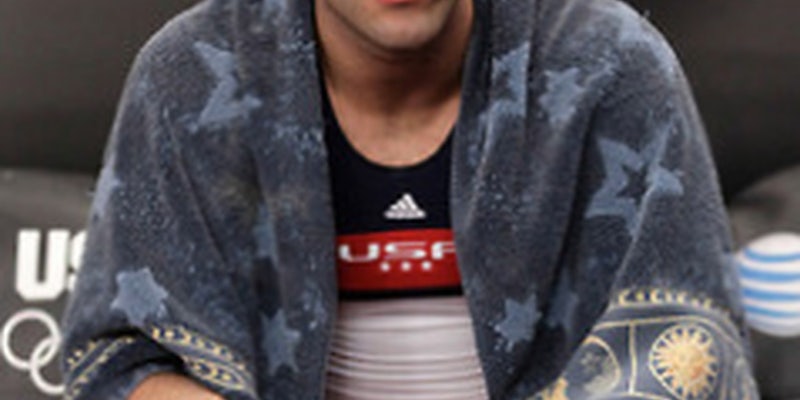 The legendary towel has a Twitter account with over 10,000 followers, and has inspired memes, fanfiction, and even animated GIFs.

American gymnast Danell Leyva has revealed a lot to us in the past few days, but ironically, it’s now his towel that is garnering the most attention.

A new Twitter parody account personifying Leyva’s iconic grey and blue towel that he drapes over himself after each routine, has popped up. It recently crested 10,000 followers and explains itself as the “true star of men’s gymnastics.”

The account, which is run by an unknown Twitter user, has 17 tweets and writes about the tough life of covering Leyva’s buff upper body.

“I can’t believe I have to sit in this cramped suitcase all the way to London,” a tweet read prior to the start of the Olympics. The towel has also live-tweeted some of NBC’s coverage by exclaiming “CLAP CLAP… CLAP CLAP CLAP” when Leyva won a bronze medal Wednesday night.

Leyva said he doesn’t know who started the Twitter account but called it “crazy” and “kinda cool,” according to USA Today. He added that he won’t wash the towel as he doesn’t want it to get lost in the massive Olympic Village laundry center. “I’ll just air it out,” he said.

Leyva’s towel, which he described as “lucky,” has also gotten Tumblr users titillated.

A search for “danell leyva’s towel’ pulls up posts of jealousy regarding the towel’s precarious positioning, pictures, fan fiction, and even some memes. In true Tumblr tradition, however, there is also a GIF showing Leyva covering himself in the towel.

After looking at all these pictures, it’s clear that the only place Leyva doesn’t bring his towel is into the bedroom.