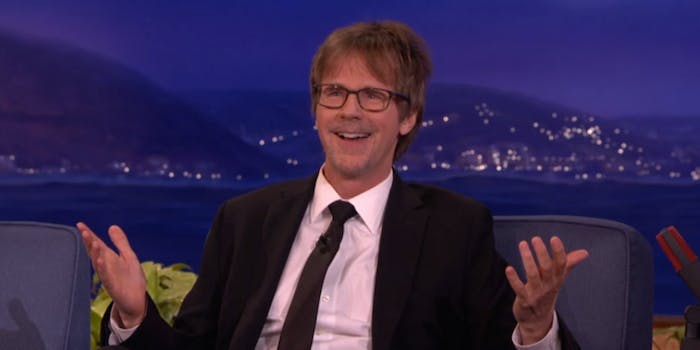 He's still got it.

Dana Carvey’s still got it

We were in awe of his master impersonation skills in his Saturday Night Live days, and even now he can pull one out of his hat as if it were nothing. So when he stopped by to talk to Conan O’Brien last night, he pretty much had an entire bag full of impressions to try out, dropping no less than half a dozen of them on the audience, along with some classics.

Of course, some of the situations are a bit too absurd for them to happen in real life. Could you imagine what Scarface would sound like arguing about sweet potatoes? And it’s doubtful that Rick Grimes is in any way concerned with improving his cardio fitness with that zombie apocalypse to deal with and all.

He topped it all off by singing about the flugelbone, which may be the first time the horn’s been the subject of a song (or even identified correctly), and it left us wanting even more.