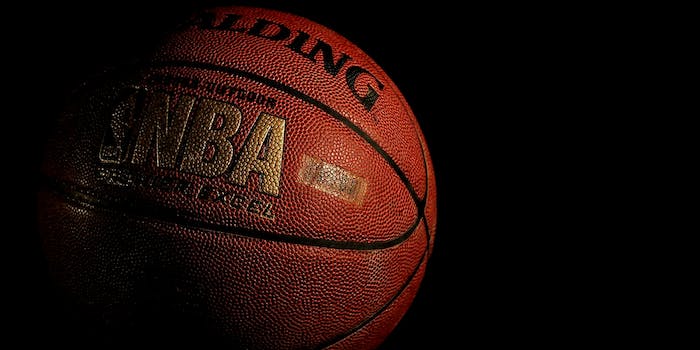 Some felt the need to remind the team's social media operator that it's 2016.

Twitter’s latest dragging session involved a basketball team that might want to think twice about how it advertises its next all-girls workshop—and a Dallas Mavericks’ tweet from Wednesday has many people calling the organization sexist. 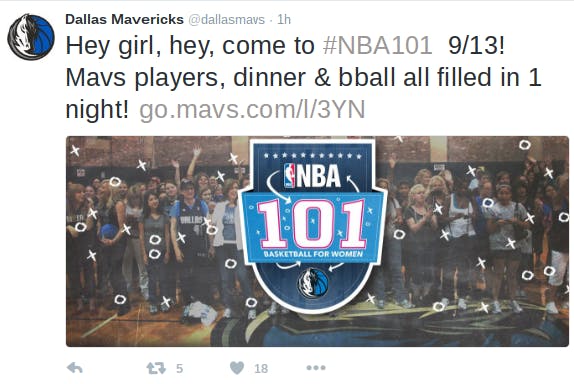 I am SO offended by the Dallas Mavericks latest promotion. Are you kidding me?? Do they know that there are MANY well informed (1/2)

@dallasmavs you find this sexist and creepy?

Do we have to make the dinner for #NBA101, too, @dallasmavs?

The annual event the tweet promotes is a fairly common outreach effort from sports teams, catering an evening toward female fans. “NBA 101” is $100 per woman, and includes “basic instructions” on the mechanics of the game.

Women will have the opportunity to meet coaches and players during the four-hour workshop. They also get two tickets to a Mavs game and a T-shirt.

Those offended say the tweet’s “Hey girl, hey” language and dinner-and-a-date setup is sexist, while others think the event as whole is an insult to women in that it reeks of basketball for dummies—treating women as fans who don’t understand sports.

The Mavs aren’t the first team under fire for the handling of an all-women workshop. Back in July, two Texas A&M football coaches were suspended without pay after a degrading presentation littered with sex jokes they used for a workshop made it onto the internet.

The Daily Dot reached out to the Dallas Mavericks Tuesday and a spokesperson declined to comment on the situation.