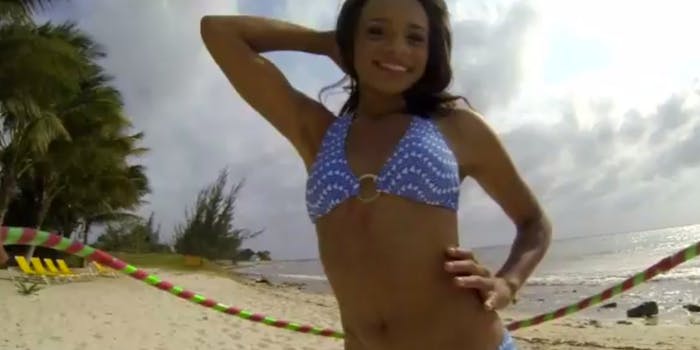 Cheerleaders, a GoPro, and a hula hoop—need we say more?

As we’ve pointed out before, the world’s a little bit better when you’re watching it through the lens of a GoPro camera. That’s a truth that applies twice over when you attach said GoPro to a hula hoop that just spent the past few weeks circling around a harem of Dallas Cowboy cheerleaders outside the Hotel Cozumel in Mexico.

The combination came to be thanks to Blue Star Media, who outfitted the hula hoop with the GoPro, and the ineptitude of team quarterback Tony Romo, whose inconsistent play meant that the iconic Cowboy cheerleader squad could split for Mexico a few weeks early.

As one redditor chauvinistically noted, “technology is truly amazing.”