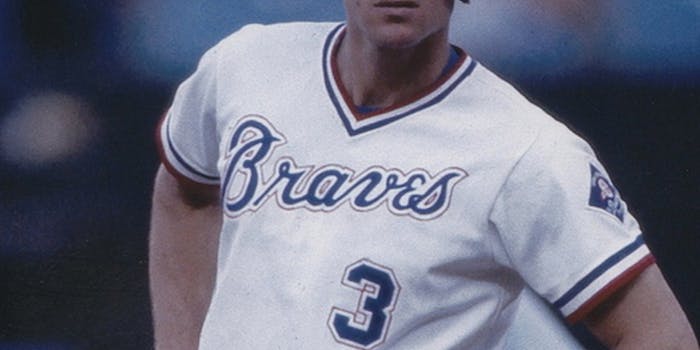 The two-time National League MVP is tweeting about his record-breaking season in real-time, beginning with last week's opening day.

The two-time National League MVP—an active personality on Twitter with 25,000 followers and a self-proclaimed “early adopter” to the computer revolution of the 1980s—recently started tweeting from a second handle: @1982Braves, a Twitter account dedicated to reliving an Atlanta Braves season that happened 20 years ago.

Murphy’s been able to break out the memories by writing 140-character capsules of that season’s games on the date in which they occurred. On April 6, 1982’s Opening Day, Murphy recalled an ace pitching performance by the late Rick Mahler: “Gm1 @ SD Braves 1 SD 0 Rick Mahler complete game gem! 2 hits 7 Ks. Hubb [second baseman Glen Hubbard] drives in only run. #3 [Murphy] is 0/3”.

After nine tweets, the account’s shown a few shades of self-promotion. “Murph celebrated today’s win by listening to Joan Jett’s chart topping ‘I Love Rock N’ Roll’ on his Walkman, he posted recently.

But @1982Braves has already racked up nearly 1,000 followers, most of whom have enjoyed recalling the fond memories of “America’s Team.”

“I was 3 during this season, so this Twitter was a fantastic idea,” wrote Matt Hutson, who added later that he gave his son the middle name Dale. “Coincidence? I think not.”