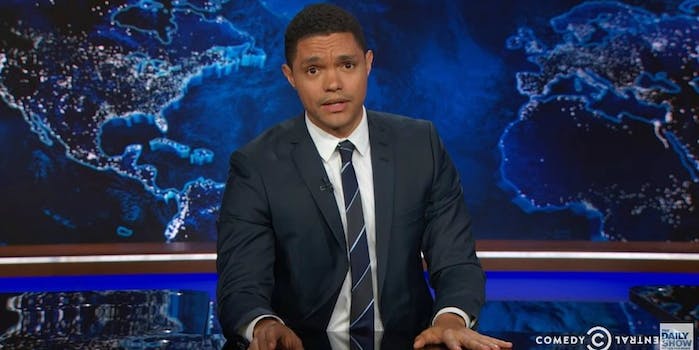 The Supreme Court on Monday struck down Texas House Bill 2, giving a big victory to pro-choice advocates. Not surprisingly, those who believe in a women’s right to choose and a women’s right not to have to travel hundreds of miles for an abortion were in a celebratory mood.

But the Daily Show, in an attempt to mix comedy with its customarily center-left slant, might have gone too far.

Celebrate the #SCOTUS ruling! Go knock someone up in Texas!

The tweet was sent out in the middle of the afternoon, hours after the Supreme Court released its 5-3 decision, and much of the internet exploded in protest of the Daily Show.

From someone who was a guest on your show (and treated fairly): This was in exceptionally poor taste.

When SCOTUS overturned the DC concealed-carry ban, did you tweet "Celebrate! Go shoot someone in Washington!"?

I'm all for offending someone for the sake of real humor. This? It's like the O'Douls of bad taste.

On and on it went. Even pro-choice liberals decried the tweet—probably because it was in poor taste, which perhaps would have been mitigated slightly if it was actually humorous—and less than 90 minutes later, the Daily Show issued another tweet.

But unsurprisingly, not everybody was convinced the Daily Show truly meant it.