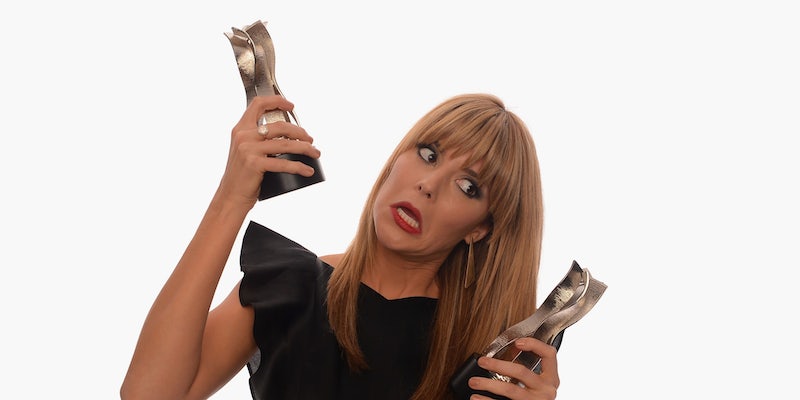 After 5 years, Grace Helbig is leaving My Damn Channel

Her contract has ended, and she's leaving Daily Grace for other projects in 2014.

After five glorious years, YouTube star Grace Helbig is leaving My Damn Channel, the content network where she got her start. Helbig’s contract with the company is up, and she’s chosen not to renew it.

Although the split appears to be amicable, fans are lashing out at My Damn Channel in the comments of its fond goodbye post to Helbig, because the company announced it would continue operating her flagship channel and brand, Daily Grace.

The Daily Grace name has become a big part of Helbig’s brand, and with the decision to leave My Damn Channel, she also leaves behind the five-day-a-week video format. In its New York-based company’s goodbye post, the company said it will keep the Daily Grace channel active without Helbig’s involvement, posting old videos that never made it to YouTube. (Helbig’s channel began in 2008 on My Damn Channel and moved to YouTube in 2010.)

The change angered Helbig’s fans because they believe their heroine won’t see a dime for content she worked on and created. It’s not clear if this is true—neither Helbig nor My Damn Channel could be reached for comment.

Helbig addressed the changes in a video titled “See You Next Year,” which she prefaced with “No one freak out!” She announced she was taking a week-long vacation and thanked My Damn Channel for being “great” over the past five years and for giving her a job making “stupid videos.”

Helbig has moved over to her old YouTube channel, It’sGrace, which hasn’t been updated in six months but already has more than 98,000 subscribers. In the comments on her final video of 2013, some fans said that when Helbig starts making new videos, presumably on Jan. 6, they’ll unsubscribe from the Daily Grace channel so as not to give My Damn Channel money for Helbig’s content. Fans have already vowed to bring the new Helbig channel to the 2-million subscriber mark, the milestone Daily Grace achieved this year.

Helbig has made no secret of her ambitions outside of YouTube—she recently starred in a feature film, Camp Takota, with friends Hannah and Mamrie Hart—but she also thrives in the format. As she told the Daily Dot last year: “I want to make videos that, if I didn’t know myself, I’d want to watch. As long as I’m making myself laugh, I’m usually having a good time. That’s how I know I’ve made a video that I’m proud of: I’ve made myself laugh.”