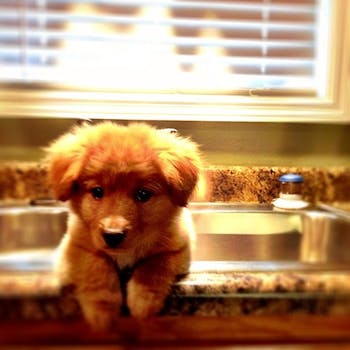 Tucker seems unwilling to budge, even for treats or walkies.

While details are still sketchy at this time, The Fluffington Post has received numerous reports that a puppy named Tucker has taken control of the kitchen sink, and remains locked in a standoff with authorities.

“We’ve been negotiating with him for the last 12 hours,” says Mark Hollis, an officer on the scene. “It’s not clear what he wants. Treats? Walkies? Whatever it is, he’s not coming out without a fight, that’s for sure.” 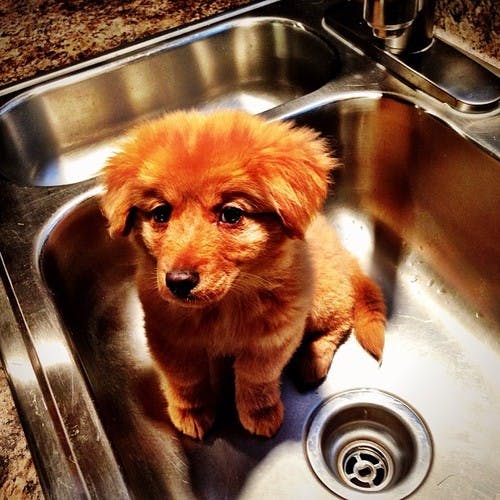