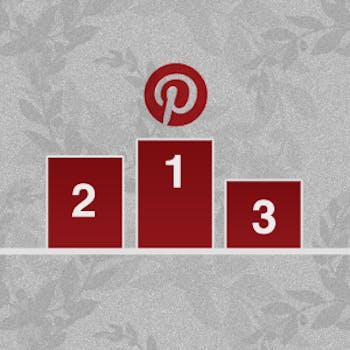 Pinterest is one of the Web's fastest-growing communities. But the image board doesn't make it easy to find its tastemakers. Allow us!

The Daily Dot is the hometown newspaper for the Web’s varied communities. Today, we take a look at the people behind its latest boomtown, Pinterest.

Pinterest is the ultimate social wishlist: People find do-it-yourself projects, recipes, and home-decor ideas and pin them to their boards on the site. A handful of tastemakers set the tone, pinning objects from the Web; their followers then repin them. But how do you find the most important pinners?

The answer, surprisingly: lots and lots of Googling. In the 20 months since the site has launched, its features have gone through quite a bit of upheaval. Tools designed to help users find the site’s most popular pins and users have been quietly retired. Today, Pinterest is an image board better suited for sharing pictures with your Facebook pals, not a platform for discovering entirely new people to inspire you.

We disagree with this move—as do a lot of people. Our Google searches for “Pinterest people to follow” turned up a lot of community members who were also frustrated.

Even though Pinterest doesn’t think you’d want to follow somebody you don’t already know on Facebook, we think there’s a ton of value in a list of Pinterest’s superusers. All the people on our list have 200,000 followers or more, and they got there for a reason. One common thread: an eye for striking images and gorgeous design.

Because Pinterest doesn’t provide an authoritative data feed of top users, our list is inherently subjective. But we think it gives the best glimpse available of the real nature and variety of this diverse and fast-growing Web community. Let us know what you think of our selection, and feel welcome to suggest other top users.

It makes sense that Silbermann is the top followed user we could find–– he’s a Pinterest cofounder. The Iowa native has 91 boards spanning an incredibly diverse array of subjects, from coffee-table books to ampersands.

When he married Divya three months ago, his wedding-planning board attracted more than 400,000 followers. That’s more than some of the other influencers on this list have in total.

Like Silbermann, Wang doesn’t focus on just one topic. Perhaps that’s why The Next Web named her one of the first accounts new users will want to follow.

Wang doesn’t provide any information about herself on Pinterest. However, we can guess from her Facebook wall that she’s a Pinterest employee, too. Her creative board topics, ranging from octopi to the 50 tools everyone should own, speak for themselves.

Pinterest’s Pin Etiquette page reminds users that Pinterest is not a place for self-promotion. Martinez reflects that: She has one of Pinterests’ largest audiences, but she only mentions her growing blog, Miles to Style, in one of her 37 boards.

The rest of the time, Martinez pins her stylish picks for fashion and interior decorating, all with a dog-friendly slant. Her dog Miles, who shares her profile photo, is her “best four-legged friend.”

Falappino may have fewer followers than the influencers above, but she is above and beyond the most active superuser on this list with nearly 19,000 pins.

Falappino is a must-follow for any DIY enthusiast. If you see a clever craft project on Pinterest, chances are it’s trickled down from one of her boards, which include gift-wrapping ideas, homemade party decorations and things to make with a paper cone.

Cho’s Pinterest should look familiar to her blog readers. Both spaces focus on Cho’s favorite things: design, fashion and food.

Whether the Los Angeles blogger is pinning photos of clothes, architecture, interiors or graphic design, Cho’s boards all share the signature pops of color her design work is known for.

Sharp is one of Pinterest’s three cofounders. He’s also the designer exclusively responsible for the platform’s bulletin-board-like interface.

The Perfect Palette has nailed the way a company should act on Pinterest: This wedding blog has a knack for building beautiful, useful boards.

All of The Perfect Palette’s boards are more like tools than image collections. Wedding planners who already have a color palette in mind can simply look at the account’s inspiration board for fuchsia weddings, orange weddings, and so on for every color in the spectrum.

Pinterest users love to use the platform to plan out their dream homes, so it’s no surprise that this lifestyle blogger’s boards are so popular. Just like on her style blog, sfgirlbybay, Smith’s pins are eye candy to any interior design enthusiast.

Smith’s 65 pinboards offer plenty of ideas for decorating the living room, bedroom, bathroom and kitchen of your enormous fictional dream house. And if that home is located in San Francisco, even better: she curates some of the city’s best spots.

Out of all ten of our picks, Hwang’s account most accurately reflects what Pinterest’s cofounders had in mind for their creation. As Evan Sharp told Mashable, he’d always thought the platform would catch on with designers, like Hwang.