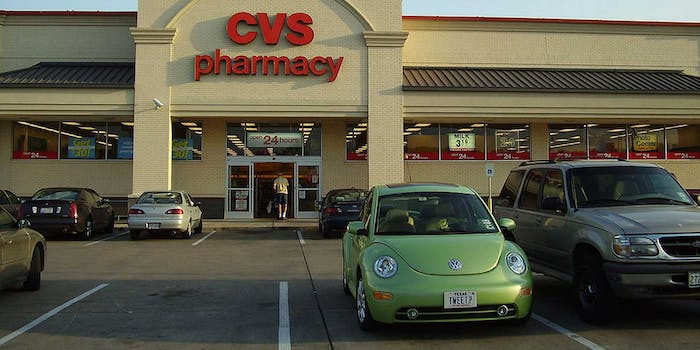 There comes a time in every man or woman’s life when, wandering the aisles of the local drug store—picking up a tube of toothpaste, some toilet paper, and maybe an impulse-buy candy bar at the register—he or she is suddenly struck by a thought: What if drug stores weren’t just there to satisfy our non-food-related grocery needs and half-hearted, last-minute children’s toy purchases? What if drug stores were also the site of our hottest dance parties?

For just over a year, DJ Hennessy Youngman has been answering these questions with his CVS Bangers series, the third of which dropped on Soundcloud earlier this week.

What makes CVS Bangers pretty much the greatest musical joke on the Internet is that Youngman’s conception of a drug store dance party sticks exclusively to the type of universally acceptable lite-rock already being played at the CVS around the corner from your house—Elton John’s “Sad Songs (Say So Much),” Roxy Music’s “More Than This,” and The Proclaimers “I’m Gonna Be (500 Miles).”

In this case, though, the songs are strung together into a mix and punctured by jarring sound effects and non-sequitur DJ blather like:

CVS isn’t the only unexpected place Youngman is bringing his jams. Last year, he also released a similar set of NSA Bangers, because even spooks need bangers.