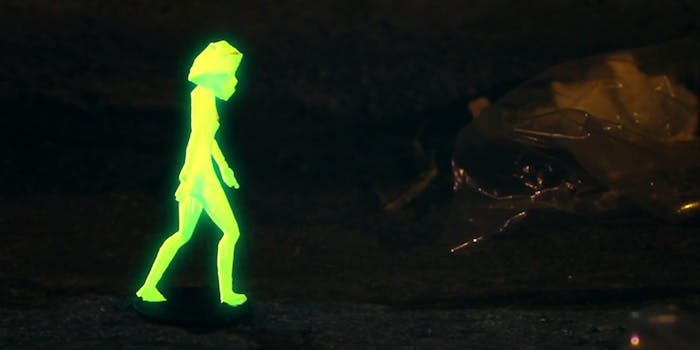 Cut Copy wants you to torrent its new single

You know times are tough in the music industry when bands are trying to monetize torrents.

You know times are tough in the music industry when bands are trying to monetize torrents.

For its latest single, “We Are Explorers,” Cut Copy teamed up with BitTorrent, Inc. to release a BitTorrent Bundle of freely downloadable media on Friday. For almost two years, artists like the Pixies, Death Grips, and Dispatch have partnered with the peer-to-peer file-sharing platform to license and release Bundles.

At their least vital, Bundles function as press kits: an advance single, some concert footage, a PDF of liner notes. They seem to aim for ardent supporters of the band for whom a standalone song is but a starting line.

Cut Copy’s Bundle, however, is a macro-thinking project, an “open call for exploration.”

The Australian electro-rockers’ new music video itself—artfully conceived and directed by Masa Kawmura, Qanta Shimizu and Aramique Krauthamer—is a stop-motion epic poem that follows tiny, yellow humanoids on their journey through an alley dumpster out to the ocean. For scale, paperclips become flagpoles. It’s a meticulous, compelling music video.

The Bundle comes with the “We Are Explorers” music video, 3-D printing and stop-motion instructions, and 22 printable figurines. The hook is that fans set map out and arrange their own version of the story. It’s a beautiful, open-sourced idea, but as of Tuesday, a Twitter search of the accompanying hashtag, #WeAreExplorers, only turns up excitement about the original video, not any fan-made addendums. The thing may be a guided tutorial into stop-motion animation and 3-D printing, but full-scale participation requires a great deal of work.

Creatively, the BitTorrent Bundle venture is a thriving whole. The standalone camps of Bundles are gorgeously arranged and bleed into each other. Next to the “We Are Explorers” bundle, for example, is a Bundle for Drafthouse Films’ award-winning documentary about Indonesian death squads, The Act of Killing, which supplements the requisite trailer with what is tantamount to DVD extras like director’s commentary and cast interviews.