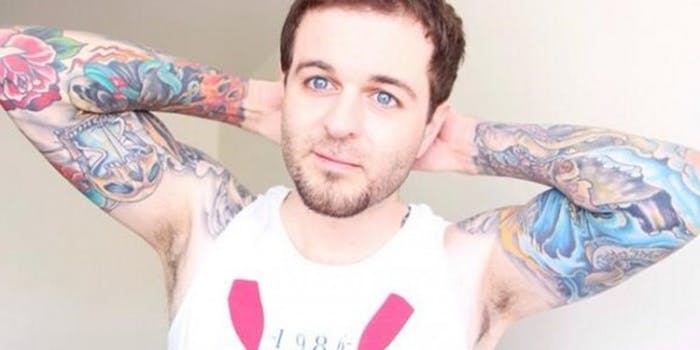 The popular Vine star was accused of rape earlier this year.

On Oct. 21, Rainn Wilson announced Hollywood and Vine, a TV comedy starring five popular Vine personalities. Immediately after he unveiled the project, Wilson received backlash for his decision to cast Curtis Lepore, who was convicted of assault and accused of rape earlier this year. Less than a week later, Wilson has changed his mind. The man best known for his role in The Office has announced that Lepore will “part ways” with Hollywood and Vine.

In January, Lepore (who has more than six million followers on Vine) was accused of rape by his ex-girlfriend, fellow Viner Jessi Smiles. One month later, Lepore plead guilty to a lesser charge of felony assault, and the rape charges were dropped. Since then, Lepore has continued to thrive on Vine; he has added more than two million new followers in the past eight months.

Thanks to his continued popularity, Lepore was considered as one of the stars of Hollywood and Vine, which will follow its cast as they attempt to translate their Vine successes into mainstream recognition. After fielding criticism related to Lepore, Wilson took to Facebook to announce a change of plans. “After much consideration, the decision was made with Curtis Lepore to mutually part ways on SoulPancake’s television project featuring Vine stars,” wrote Wilson. “We felt this was the best decision for everyone involved. We wish Curtis all the best in all his future endeavors.”

Hollywood and Vine, which is produced by Wilson’s SoulPancake studio, will continue on with its other four stars: Lele Pons, Jerry Purpdrank, Simone Shepherd, and Christian DelGrosso. As Wilson said, that course of action is probably for the best.