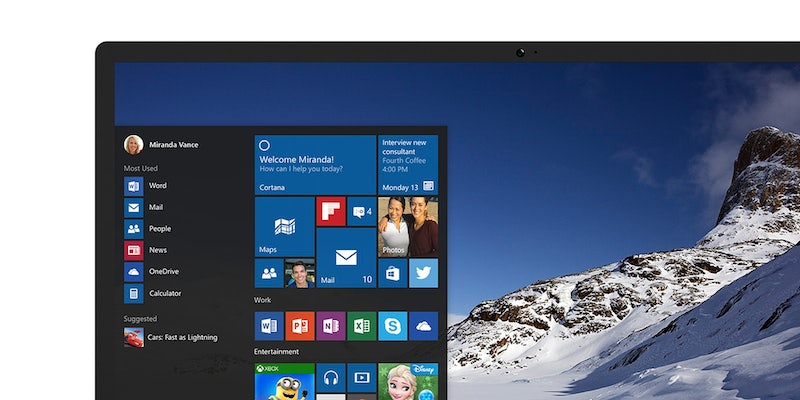 It's a circlejerk 12 years in the making.

OK, we’re the first to admit: We adored Boyhood. Richard Linklater’s latest film is an epic which follows stars Ellar Coltrane and Lorelai Linklater throughout the years from 2002 to 2014—in Coltrane’s case, from age 6 to 19.  By any standard of filmmaking, it’s a tremendous accomplishment.

Still, we can’t help but marvel at the tremendous response the film, which has a wide U.S. release next Friday, has drawn in early reviews from its limited release. It’s sitting pretty at a 100 percent rating from critics on Rotten Tomatoes and a 99 on Metacritic—joining (and in some cases, surpassing) the ranks of such widely beloved and acclaimed classics as Citizen Kane, Pan’s Labyrinth, and Schindler’s List

Since few things make us more gleeful than watching critics attempt to one-up one another’s efforts to deliver the most superlatives for a film they all unabashedly love, we decided to dig through some of the language in those reviews to get a sense of the overwhelming praise behind those numbers. In this case, the fact that we also loved the film just allows us to turn our amusement inward. (To be fair, one Daily Dot staffer did pronounce the film “boring”; we’re having a Tree of Life standoff next.)

Along its route to innumerable year-end Top 10 lists and an inevitable slot in the 2022 Sight and Sound list, Boyhood has accrued a truly impressive cadre of breathless, over-the-top reviews. Here are our favorites.

1) “Nothing will ever be this good again.” — HitFlix

Mason’s journey, the journey that every human being must embark upon, becomes a kind of slow-motion miracle. Film, by its very nature, is meant to capture nuggets of time, but Boyhood is all forward momentum and growth. The weight it attains in its last hour is no accident. It’s the weight of existence itself.

3) “One of the most extraordinary films in decades” — USA Today

One of the most extraordinary films in decades, this family drama is also one of the most ambitious in scope, having taken more than a decade to shoot. Yet it comes across as effortless and unassuming. Boyhood is an epic masterpiece that seems wholly unconcerned with trying to be one.

4) “Never has so little meant more.” — The Los Angeles Times

Writer-director Linklater couldn’t have known where 12 years of shooting this story would lead, following a boy and his family — and the actors who play them — across time. But we are blessed that he did, because it has resulted in an extraordinarily intimate portrait of a life unfolding and an exceptional, unconventional film in which not much else occurs. Never has so little meant more. … It is a credit to Linklater’s facility with long-form storytelling that even after nearly three hours, I didn’t want the movie to end. …  I cannot remember when a film has moved me more or captured so well all the colors and shadings of the personal, yet universal process of becoming.

This quietly gorgeous film—shot on 35 mm film by Lee Daniel and Shane Kelly—lets us feel stuff that many features try to reach, but few celebrate so stirringly: the sweetness and pain of family life, the joy of the now, the evolving wonder of personhood. When Mason is still a tender kid verging perilously on puberty, he asks his dad an urgent question: “There’s no, like, real magic in the world, right?” You’ll have to see the movie for his father’s answer, but I can tell you that “Boyhood” is as real as magic gets.

… a vital tapestry of growing up like nothing else in cinema. Boyhood makes us feel euphoric about movies, about their mystery, their power, their ability to move us to laughter and tears. It’s an unassuming masterpiece.

Here’s a film like no other, the best film released so far this year. … It is an astonishing  accomplishment: somehow Linklater has kept his own vision of what film should be, consonant with that of the great masters, intact in mainstream American cinema. Boyhood is not just a genuine epic, not just beautiful and moving, it looks like a classic already.

In order for the gradually unfolding miracle that is Boyhood to come together, a lot of collaborators had to be on the same page over the course of a long and much-interrupted period of time. (Linklater has called it the longest scheduled shoot in film history.) Mason’s epiphany about the ever-renewed “nowness” of the present moment may be hallucinogen-induced, but the audience’s own epiphany has been brought on by something else: the profound, funny, beautiful film we’ve just, to our surprise, spent nearly three hours (or was it 12 years?) inside of. The time just flew by.

​With Boyhood, which will stand among his finest work, [Linklater]’s given us a cinema verité illusion of the endless days and nights of growing up, like a time-lapse movie of a flower opening up. It just so happens that this flower is a man.

Boyhood is a quite astonishing body of work: an utterly unique and immersive cinematic experience that condenses over a decade of life into three blissful hours. It’s the kind of movie you want to swim in.