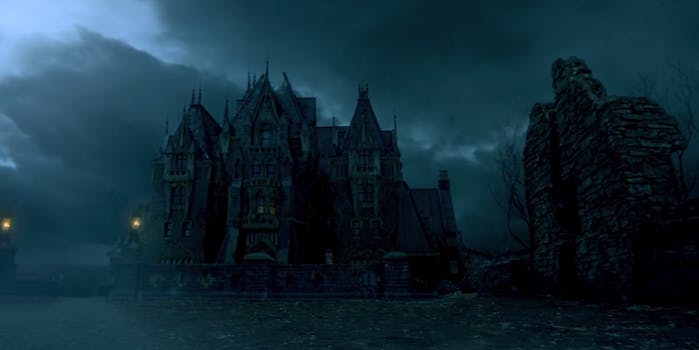 Is Guillermo del Toro about to own the horror genre yet again?

If ever there were a phrase predestined to cause an instant Internet sensation, it’s this one:

Such is the description of the new trailer for Crimson Peak, Guillermo del Toro‘s latest, A-list-studded haunted house fest. The trailer began trending worldwide almost instantly on Twitter, presumably because half of the viewers responded very enthusiastically to the concept of a sumptuous Victorian Gothic by horror king del Toro, and the other half responded very enthusiastically to a shirtless Tom Hiddleston.

Already this film looks delightfully stylish and frayed at the edges, and fan favorite Hiddleston, playing Wasikowska’s enigmatic husband, turns in a fascinating, creepy, and multi-dimensional performance just within these two minutes. Still, including the enthusiastic blurb by Stephen King (“gorgeous and terrifying…it electrified me”) was a smart choice. After all, the last time del Toro and cowriter Matthew Robbins teamed up on a haunted house flick, the result was 2011’s abysmal Don’t Be Afraid of the Dark.

Judging from the trailer alone, however, Crimson Peak is already using its atmosphere to better use than Don’t Be Afraid ever did. This despite, or perhaps because of, a plot stuffed full of gothic cliches: a possibly murderous husband, a creepily intimate sibling relationship, a forbidden wing of the dark mansion, and a hilariously vague official synopsis that’s the bare-bones plot of every Gothic novel and Bluebeard tale ever written:

Young author Edith Cushing discovers that her charming new husband is not who he appears to be.

Fortunately, costar Chastain is here to assure us that the film is so scary it made Hiddleston cry—and she also describes it as “kinky,” which is just how we like our horror films set in creepy, isolated Gothic Victorian mansions.

Crimson Peak will debut in theaters and IMAX on Oct. 16.