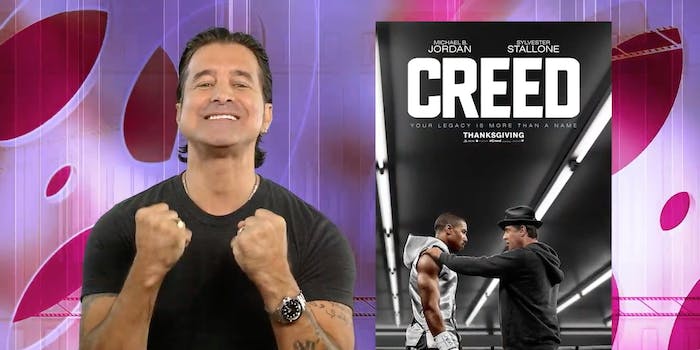 That's not quite how he remembers it.

The utmost expert on Creed has finally found his calling: reviewing Creed.

It’s not someone involved with the previous Rocky movies or even a film critic. It’s Creed frontman Scott Stapp, who seemed to think that he was reviewing an epic biopic about Creed the band instead of a Rocky reboot. He can’t say he understands the artistic liberties that the filmmakers took when putting together his story (or why everyone’s boxing in it), but he seems to like it all the same—with arms wide open, of course.

Shame about the Rocky Balboa guitar solo that ended up on the cutting room floor, though.