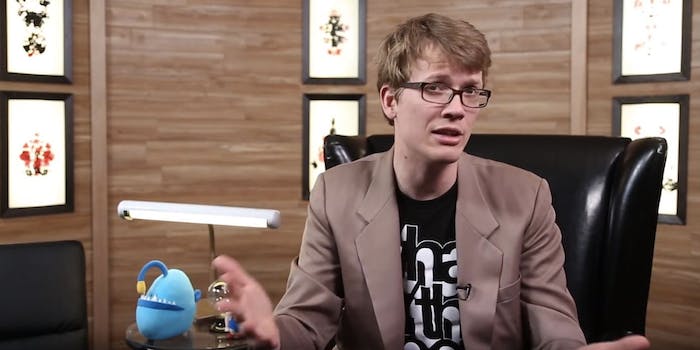 The Vlogbrothers’ ‘Crash Course’ is heading to the classroom

Just one step closer to earning your degree in Nerdfighteria.

Starting in January 2015, teachers will have the PBS seal of approval to teach John and Hank Green in schools. That’s because PBS Digital Studios has announced a partnership with the brothers to bring Crash Course to a wider audience, including into the classroom.

Through the partnership, PBS Digital Studios will create two new topics for the series, as well as distribute their library of videos history, psychology, chemistry, biology, and literature lessons through the PBS Digital Studios YouTube network. Crash Course will also be available to educators through PBS LearningMedia, a media on-demand digital service available for free to pre-K through 12th grade educators nationwide.

Crash Course is just one arm of the Nerdfighteria empire, but it’s an extremely popular one. Started in 2011, the channel has already racked up more than 150 million views around the globe, and the series has more than 2 million subscribers. The PBS partnership will only serve to amplify that momentum.

“PBS has become one of the most innovative and interesting media properties in online video, and we’ve long admired their work on YouTube presenting educational content in a fresh new way,” said Hank Green in a press release. “We’re so thankful that PBS Digital Studios is helping create two new Crash Course series, and for bringing Crash Course directly into classrooms via PBS LearningMedia.”

The addition of Crash Course will boost the PBS Digital Studios network footprint, with a portfolio that includes PBS Idea Channel, Blank on Blank, It’s Okay To Be Smart, and The Art Assignment, created by John Green and wife Sarah Urist Green.