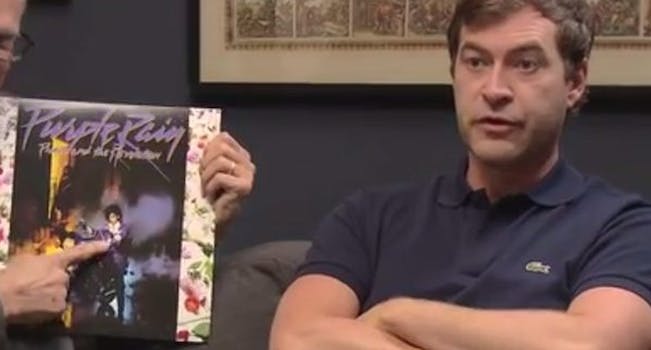 Who knew Ted Danson had a thing for Prince?

Who knew that Sam “Mayday” Malone (known to us all as Ted Danson) had a thing for Prince? Or to be more specific, the gaudy outfit he wore on the cover of Purple Rain.

In yet another subtle-yet-hilarious clip via Funny or Die, we find Danson (Guillermo) and his lover, actor/director Mark Duplass, taking their argument to therapist Elisabeth Moss (of Mad Men and West Wing fame). The couple disagrees over whether it makes sense to spend $7,000 to buy the getup His Purpleness wore on the record cover and in the film of the same name. Duplass pleads his case that 7K is a princely sum and represents their entire savings. When Danson excuses himself to the bathroom, Danson’s partner confesses to Moss that he grew up in a station wagon with a single mother… only to be interrupted by a great sight gag and punchline.

Danson, who first came to the public’s attention as the dancing DA in the 1981 film Body Heat, has proven to be a versatile talent with some of this funniest work coming in ad-lb form on Curb Your Enthusiasm. While we’re at it, Moss and Duplass have great straight man skills which raise this two-minute video to must-watch status.