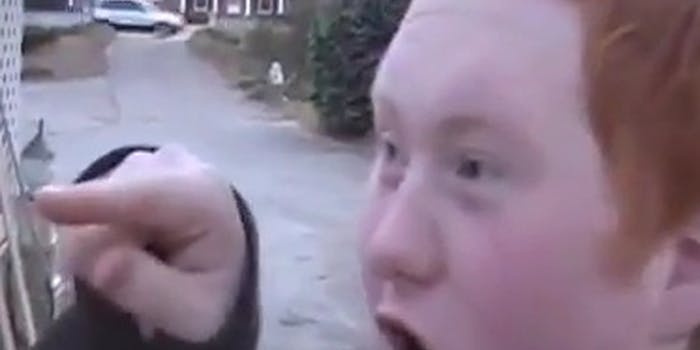 The triumphant return of “Gingers do have souls”

Copper Cab's classic viral video about redheads is back, thanks to the Gregory Brothers' new autotuned cover.

Copper Cab, a viral video star and Internet troll made famous in 2010 for ranting about discrimination against redheads, is in the limelight again thanks to a new song.

The Gregory Brothers—the same musicians responsible for AutoTune the News and the Songify phone app—have just released their own cover of Cab’s “GINGERS have SOULS,” kicking off their new series called ‘Songify the Classics.”

The cover mellows out the redhead’s rant considerably, removing the drama inherent in the original rant which has collected more than 28 million views to date. Cab’s original three-minute monologue, done in response to a South Park episode, was so explosive that South Park had no choice but to parody it on another episode.

Why the Gregory Brothers decided to auto-tune Copper Cab’s rant first out of all the other viral video classics is a mystery to many YouTubers. (Perhaps Cab’s recent ROFLcon panel has thrust him back into the spotlight.)

“Wow it﻿ only took you two plus years to autotune it,” wrote pavelow235 sarcastically.

“Gingers Have Souls” has already been remixed countless times before, with one earlier, amateur autotuned version already having seven million views.

“Better Than Justin Bieber,” wrote MrOriginalBoss in a top comment on the Gregory Brothers remix.