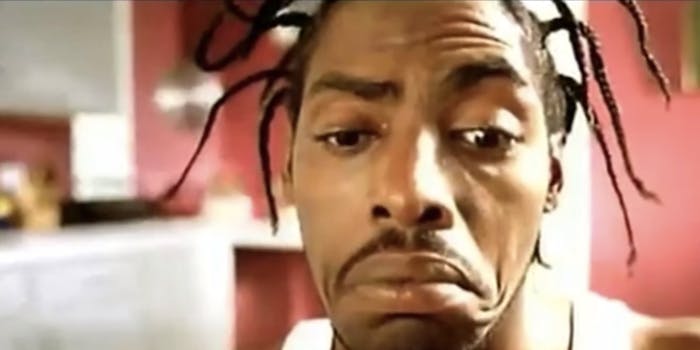 The last time the world was fortunate enough to catch a glimpse of Coolio, he was duetting with a bunch of college students on a cover of “Gangsta’s Paradise.” Since then, he’s been a bit like the Loch Ness monster, or the novelist Thomas Pynchon: rarely seen yet often discussed, particularly in discussions among drunk millennials about the 1990s.

According to TMZ, the “Gangsta’s Paradise”/Kenan and Kel rapper—who is 50 years old, apparently—partnered up with the tube site giant for the video for his first single, “Take It to the Hub.” In exchange for providing the background dancers for the video, including adult performers Skin Diamond, Missy Martinez, and Jessica Bangkok, Coolio agreed to grant the tube site with exclusive rights to his new record.