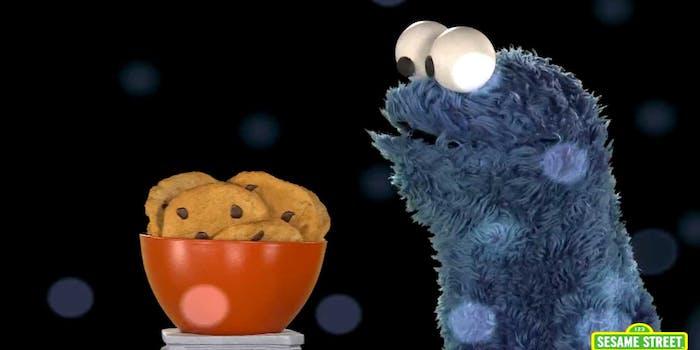 Cookie Monster spoofs Icona Pop in “Me Want It”

Cookie Monster’s treatment for cookie addiction has come a long way since 2010, when the adorable blue glutton first learned that “a cookie is a sometimes food.”

In a parody of Icona Pop’s “I Love It,” Sesame Street‘s biggest YouTube star is now proudly practicing self-control and self-regulation when it comes to his favorite vice. He’s even started sharing with others, and forcing himself not to snatch a fresh cookie off the plate right away.

Cookie Monster isn’t the only part of Sesame Street that’s changed with the times. “Me Want It” is just the latest culture-savvy parody video from the educational channel that’s taken on Carly Rae Jepsen, Downton Abbey, Saturday Night Live, and Isaiah Mustafa’s Old Spice commercials over the past few years.