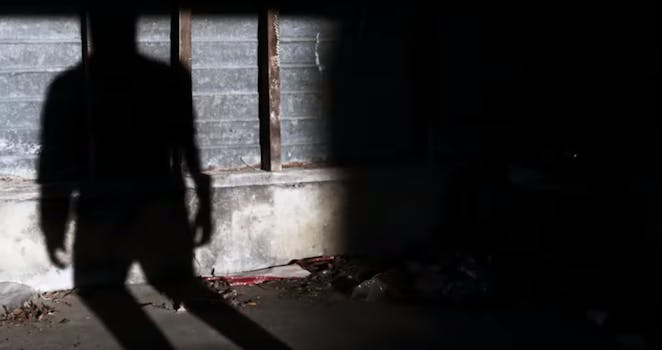 The thought of being wrongly convicted and imprisoned for a crime you didn’t commit is one of the most chilling fates imaginable, a fear our culture returns to time and time again in our fiction, because we know, deep down, that it’s a genuine possibility. Netflix’s latest true-crime documentary series The Confession Tapes examines cases where the prosecution gained a conviction based primarily on taped confessions that the suspects claim were coerced.

That’s a bold claim, and one which The Confession Tapes attempts to demonstrate, in part, by showcasing a wide variety of situations and suspects. The cases explored in The Confession Tapes run the gamut, demonstrating that this nightmare scenario isn’t limited to one particular race, class, or background. There are cases of children killing their parents and parents killing their children; acts of passion and cold-blooded, premeditated murder; the only unifying factor is that each of these convicted criminals maintains their innocence to this day.

The message, from the start, is that this could happen to you. That could certainly seem like a thesis based in fear-mongering, but that level of skepticism is harder to maintain after watching seven episodes of this show in close succession.

The show tells its stories through the standard documentary mix of archival footage and interviews with all the usual suspects: the convicted themselves, the police who investigated the cases, friends and family, defense lawyers and appellate lawyers, and even the jurors who decided the fate of the accused. The show also intersperses these boilerplate true-crime tropes with visual storytelling that borders on the impressionistic. It mostly avoids staging dramatic recreations of the crimes in question, instead letting the existing recordings speak for themselves. However, it weaves these elements with haunting shots of the crime scenes, often aerial shots that drift over these places where terrible things happened. It isn’t showy, but it’s very effective. We don’t need to see actors going through the motions; The Confession Tapes simply takes us there and lets us feel the weight of the tragedy that still lingers.

The most damning parts of The Confession Tapes, however, and the segments that are the most difficult to watch, are the tapes themselves. Naysayers might ask, “Why in the world would anyone confess to something they didn’t do?” It’s a valid question, and The Confession Tapes does a compelling job of answering it in a way that will leave a knot in your stomach. Episode after episode, you watch people enter a room confident that they didn’t do it, only to be beaten down by hours and hours of pressure, manipulation, intimidation, and outright deception on the parts of the police. The tapes capture police insisting that the suspects owe God and the murdered victim’s family an apology. It captures them asking questions like, “Could you have maybe done it in a dream? What would that have been like?” And it captures them flat-out lying about the evidence they have in order to convince the suspects they have no choice but to confess in order to secure a lesser sentence.

This isn’t to say that The Confession Tapes presents airtight proof of the innocence of every person profiled. Few of these cases are open-and-shut, because if they were, there wouldn’t be a story to tell here. However, in every episode, The Confession Tapes makes a strong argument that, in each of these scenarios, the methods used by the police were at best questionable, and in some cases literally illegal (at least outside of Canada). And where the case for the accused’s innocence seems overwhelming in retrospect, that can be truly heartbreaking.

One of the most emotionally affecting moments from the series comes when a man convicted of murder is partially exonerated by DNA evidence years later, but still winds up copping to a lesser charge in exchange for time served. He’d rather remain, officially, a “murderer” than face the prospect of another jury trial. He’s been through the criminal justice system, and he’s lost faith in those promises that innocence will keep you out of jail.

Having watched The Confession Tapes, it’s hard to blame him. That’s won’t be a surprising conclusion for most of us, but it is a deeply depressing one.