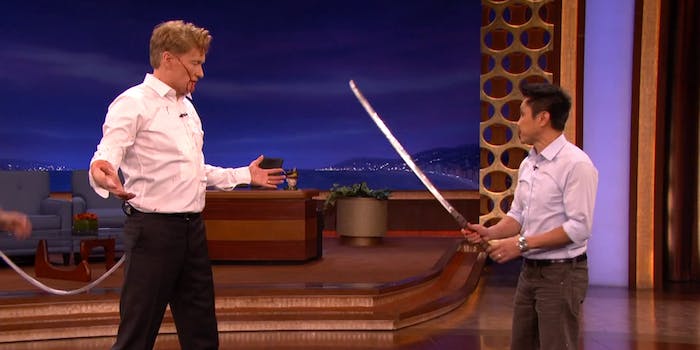 There's only one way to test it.

Leave it to Conan O’Brien to demonstrate how special effects in movies work in all of its bloody glory.

Returning guest Steven Ho used the host to show how you stab someone with a sword in a movie without harming them while simultaneously turning the Conan set “into a Tarantino movie.” There’s a tube of fake blood attached to O’Brien and a retractable sword involved. It’s supposed to be mostly harmless.

The stunt only works if the person getting stabbed can sell it, and we’ve seen enough of his face over the years to know that won’t really be a problem.

Just look at the shot Team Coco chose for the video’s thumbnail. You can’t not watch it.