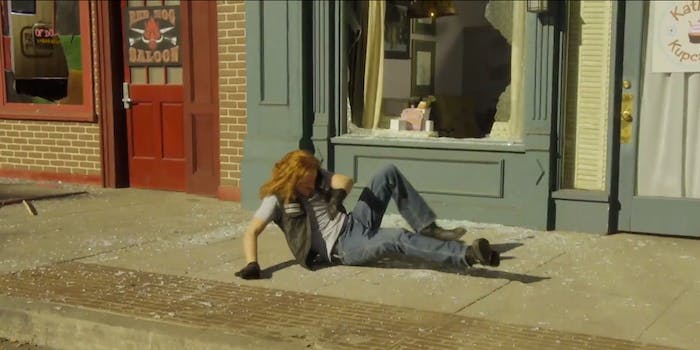 Conan O'Brien playing a biker is not something you see every day.

It’s hard out there for a biker, even one as goofy as Conan O’Brien.

With the cast of Sons of Anarchy set to appear on his late-night show prior to its final episode, Conan had to let down his hair and don some leather before hopping on a motorcycle for the cold open. Doing a TV show’s cold open with the show’s visiting cast is something of a tradition for Conan, but no matter how hard he tries, he’s unliked to be accepted by SAMCRO anytime soon.

It’s a tough crowd, for sure, but at least Conan’s back tattoo is SAMCRO material. Here’s a behind-the-scenes look at how he transformed into a biker.