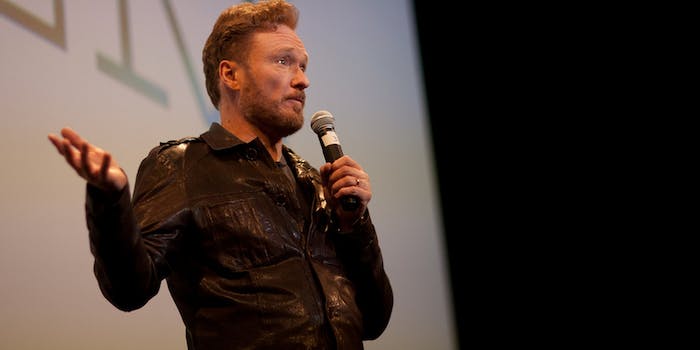 Who knew artificial intelligence could be so passive aggressive?

Since Conan took his leave from NBC, he’s enjoy success and free reign on TBS. Many predicted a ratings demise when the redhead moved his dog and pony show to the “Very Funny” network, but it’s been just the opposite.

What’s kept Conan on the cutting edge of comedy for so long? His embrace of technology of course. Last week he was was Tindering with the best of them, as he and Dave Franco embarked on a swiping journey.

This week? He’s proving that once again, he has a jump on tech giants like Apple. When the brand announced that their iPhone 6s would be made in factories by robots, he bested them by giving viewers a behind the scenes look at his production.

Beside Futurama’s Bender, you might be hard pressed to find more crude robotic coworkers.