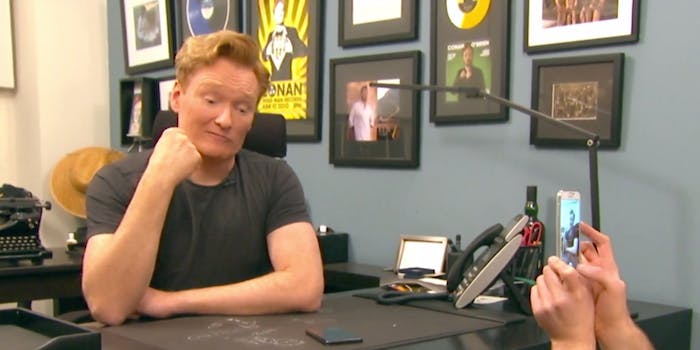 He's looking for a connection.

This time he’s going on Grindr with Billy Eichner, who prepares him with some tips and tricks to stand out from everyone else and gives him some pretty terrible openers. O’Brien’s username? Frecklefucker.

Even though he’s new to Grindr, he takes in the experience like any other dating app. Still in the honeymoon phase of it, he celebrates every victory, uses incredibly cheesy pickup lines, and even starts to fantasize about life with the people he messages. Even a successful and married man like O’Brien isn’t immune to all of that—nor is he immune to rejection.

Depending on what he may have been going for, Eichner is either the best or the worst wingman.