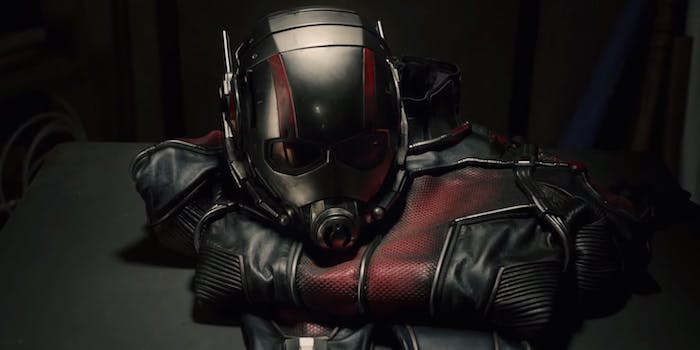 Conan discovers a huge spoiler in the ‘Ant-Man’ trailer

Shrinking a man to the size of an ant may not have been the best idea.

As excited as Marvel fan may be about Ant-Man, Conan O’Brien worries that the trailer may give away the film’s ending.

In the rush to give fans as many trailers and teaser trailers as possible, there’s a fine balance between teasing a plot point and just flat-out spoiling it for unsuspecting viewers. And given the trailer, Ant-Man might end up being as short as eight minutes—at least with Conan’s comic additions.

Ant-Man sets the stage for yet another origin story, but it might’ve revealed something else entirely. Things are pretty dangerous for an ant-sized man, but the villains he faces are the least of his worries.

Of course, we’re just waiting for Paul Rudd to pull one over on O’Brien again during the Ant-Man publicity tour come July.