Conan O’Brien tests his fluency in another language: emoji

If a picture's worth a thousand words, an emoji is at least worth a few, right?

This world is running out of words to use. Or we’ve grown tired of the ones we have. Or emojis are awesome. Or whatever. Point is: We’re sending lots of texts with nothing but funny images.

Capitalizing on the trend, Conan O’Brien and eternal sidekick Andy Richter took to the texting world in a segment that’s no longer up on Conan’s website to announce their unrivaled dominance in the Understanding Emoji as Actual Sentences game. You’ll find the full video below, but highlights include:

Your fly is open. 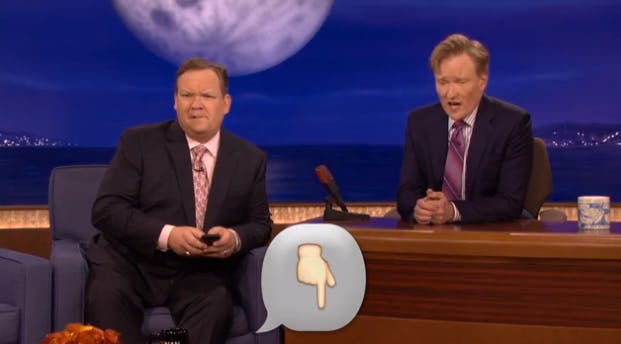 I got drunk and went on Zappos.com. 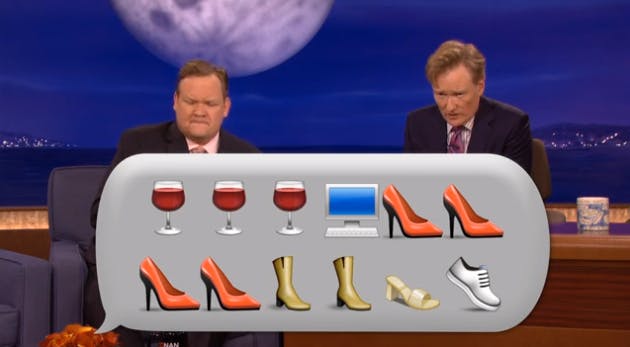 
I just lost our house in a poker game. Oh, and happy anniversary, baby. 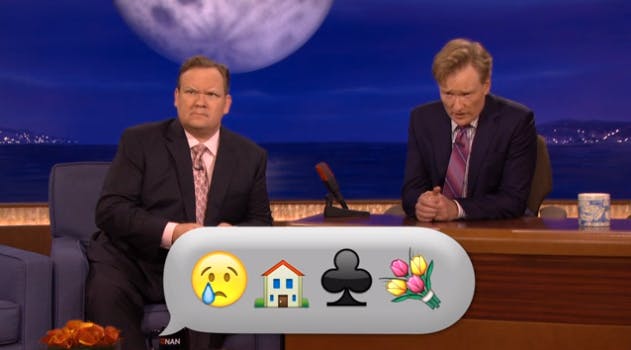 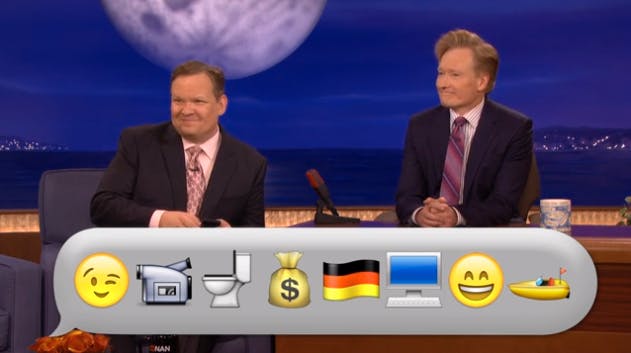 Watch the full segment below. Emoji: They’re taking over our TVs.