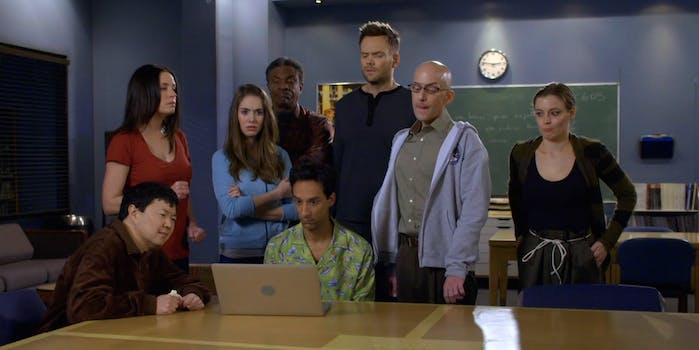 The show's signature weirdness in the first look at the new season.

Yahoo just dropped the first trailer for the sixth season of Community, and it’s evident that Greendale is as weird as ever.

Using Avengers: Age of Ultron as the backdrop—it’s even got a similar font to the blockbuster—it easily sets up newcomers Paget Brewster and Keith David, playing consultant Frankie Dart and retired scientist Elroy Patashnik, respectively. The trailer also has Dean Pelton’s most convoluted plan yet: letting prisoners attend Greendale via tablet screens. It’s just another strange day for everyone.

It’s raining frisbees in this new dean-mension, and at some point a dog got a degree? That’s not really all that surprising.