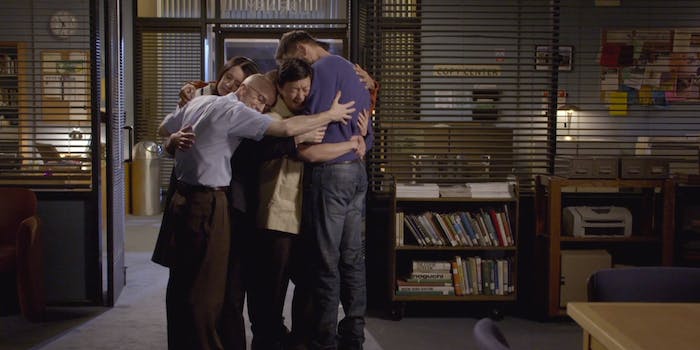 ‘Community’ goes out on its own terms—again

Community drew to a close doing what it knows best: the sort of meta commentary that speaks to the audience just as much (if not more so) as it does the characters at Greendale.

On paper, Community should have never ever gotten as far as it did. It didn’t have the big names: Joel McHale was best known for The Soup while Ken Jeong was the big scenestealer in The Hangover. It never had the ratings, especially once it went head-to-head against The Big Bang Theory during primetime. The comedy was too niche, too self-referential, it evolved out of inside jokes within inside jokes.

Critics loved it at first, but during low points it was a pretty much a parody of itself. It lost showrunner Dan Harmon and got him back a season later. It even survived the near-impossible, cancellation, back when the idea of someone like Netflix, Hulu, or Yahoo coming in for the save was still a novel idea.

Community’s been in the business of shaping its season finale to double as a series finale for some time now. It could’ve ended after season 3’s “Introduction to Finality.” If it ended with “Advanced Introduction to Finality,” it wouldn’t have surprised many after a mostly disastrous season 4. It did get canceled after season 5’s “Basic Sandwich,” but Yahoo swooped in and saved us all from that asteroid that would’ve destroyed human civilization.

In that regard “Emotional Consequences of Broadcast Television” is similar to those finales: it’s ending a season, but it could just as well be ending the show if the powers that be at Yahoo said as much. And it knows it.

You could arguably say that this one is the most self-aware of all because the entire premise of “Emotional Consequences of Broadcast Television” shows everyone imagining what a “season 7” would be like after the end of their sixth school year together; and how it’d show the crazy ways they would be able to get everyone together even when some among the group are finally ready to grow up.

It comes at the end of a season full of highs, lows, and repeated concepts it did better in earlier seasons—one with much less restriction from Yahoo. Many of its parodies, homages, and Easter eggs were on point. The end tags got even weirder and more obscure. The humor was still there.

But its cracks are starting to show. The writing staff have long since nailed down Jeff and Abed’s characters, but when it came to the rest of the group (particularly Annie and Britta), the show stumbled, the strains showed. The existence of a sixth season led some critics calling for Community to just “die already.” Is it due to the revolving cast (and lack of players such as Chevy Chase, Donald Glover, and Yvette Nicole Brown), or is the show’s age starting to show? Abed even proved that bringing Shirley back wouldn’t necessarily solve all their problems for season 7.

Talk of Community didn’t immediately disappear after the the premiere, but it wasn’t anywhere near as loud as it used to be now that there wasn’t the fear of cancellation if we didn’t watch it live. At the peak of “life getting in the way,” I was probably a good five or six episodes behind and just binged the last third of the season in two days (and noticeably cringed through a good couple of them).

The finale? While it revisited Abed’s meta mindset that life is a TV show and Jeff’s inability to face getting older (and a future without the people who’ve become his family), it examined how they imagine each other, and while amusing, TV is something bigger than what they can control.

“TV defeats its own purpose when it’s pushing an agenda, or trying to defeat other TV, or being proud or ashamed of itself for existing,” Abed says in the middle of the episode. “It’s TV. It’s comfort. It’s a friend you’ve known so well, and for so long you just let it be with you.”

But running away yet again, everyone becomes OK with where they may or may not end up. Will be there be a season 7? It doesn’t matter.

The end tag, after seeing the hashtag #AndAMovie pop up, might end up being the most self-referential and meta thing Community’s put out in ages. 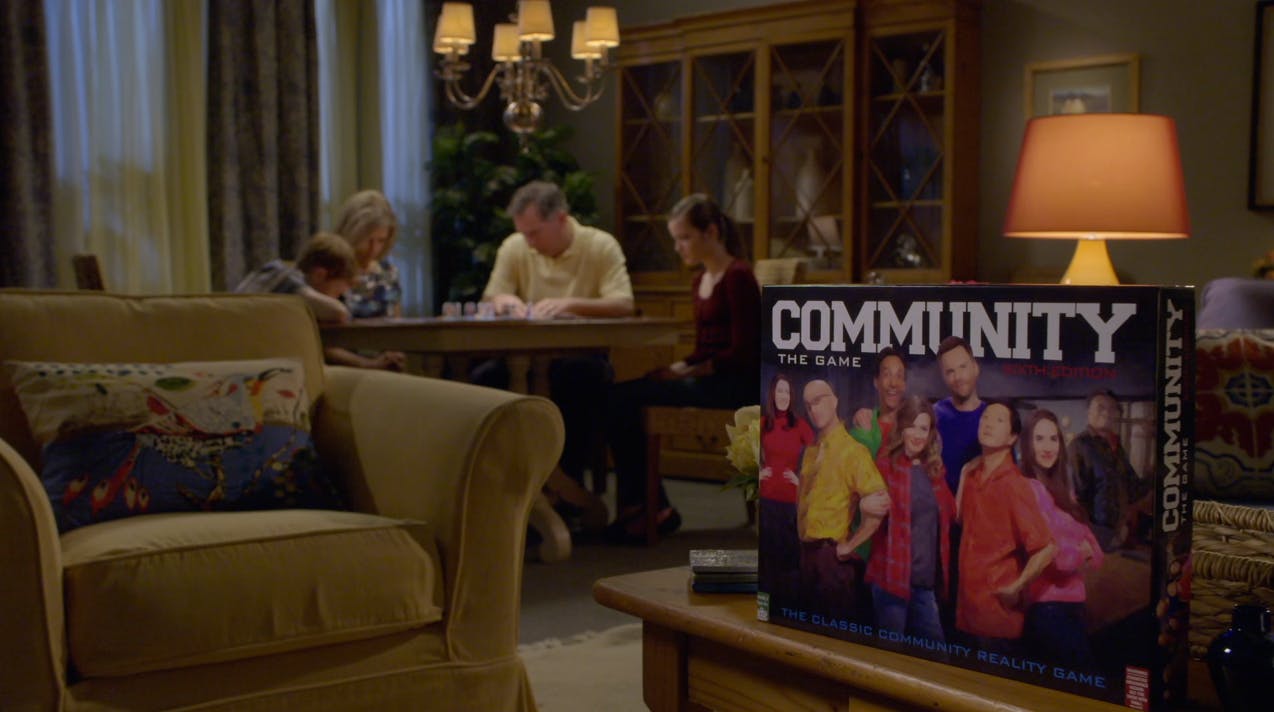 Harmon has the final word as he basically acknowledged every piece of criticism he’s received over the years in the guise of a disclaimer. It’s both hilarious and deeply personal.

Following the release of the finale, Deadline is reporting that Yahoo is in talks to bring more Community episodes. Would it be a season 7, or the famed movie that fans are hoping so. McHale is on board for the latter as long as Harmon is writing the script.

We rallied behind #sixseasonsandamovie for years now, ever since Abed uttered the throwaway line in a season 2 episode; even Jeff was in on that dream. We’ve somehow made it this far. For the fourth time now we’ve got what essentially equals a series finale, and for perhaps the first time it satisfies.

But if there’s no more Community after this, I think I’d be OK with that. Maybe. Probably. Maybe.