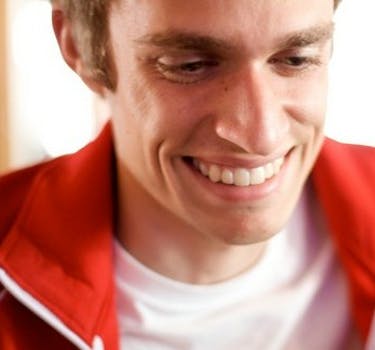 How the Reddit community made a “Community” video game

Reddit fan's are taking a fictional video game from NBC's Community and making it a reality.

After seeing a Community episode called “Digital Estate Planning,” in which most of the action centers around a 16-bit video game, 23-year-old Kyle Conroy was inspired to bring virtual reality into actual reality.

He’s going to build a real-life version of the game, called Journey to the Center of Hawkthorne.

Reddit, the social news site, played a big part in his decision to do so. He said that seeing all the 8-bit art redditors posted in the r/community subreddit meant he “knew I just had to do it.”

Conroy told the Daily Dot in an email:

Rather than take on the burden completely by himself, San Francisco resident Conroy looked to his fellow redditors to help build Journey to the Center of Hawkthorne. He started a dedicated subreddit, r/hawkthorne, for the game, which has garnered more than 3,500 subscribers in the 13 days it’s been active.

Without the Reddit community, Conroy, a Berkeley computer science graduate, admits the game would not be where it is now.

“This game would not be possible without the help of other redditors. The game portrayed in ‘Digital Estate Planning’ is huge, complex beast and there’s no way I could tackle it alone,” he said.

In fact, more than 80 redditors have helped out so far, “designing sprites, remastering audio, and creating alternate costumes for the characters.”

The biggest challenge in building Journey to the Center of Hawkthorne, Conroy said, is in resolving bugs across a number of platforms. The game is simultaneously being developed for the PC, Mac, and Linux. It marks the first time Conroy has developed a cross-platform game, and he claimed “it can be difficult when a user has a problem that I can’t replicate.” However, he said he’s thankful that the r/hawkthorne community is fully supportive and patient as he debugs the game.

Conroy isn’t quite sure when the game will be completely finished: he’s been releasing updated versions every few days, and estimated that the finished product will take at least another three months. While it’s taking up “far too much time,” the Twilio software engineer said the response to the game has been great and he’s “loving every minute.”

He added: “I never imagined the amount of positive feedback I would get on this game. [The subreddit’s subscribers] aren’t just following the game, they are actively contributing content that will make the game better. Community really does have the best fans around.”

You might even say r/hawkthorne subscribers are streets ahead.