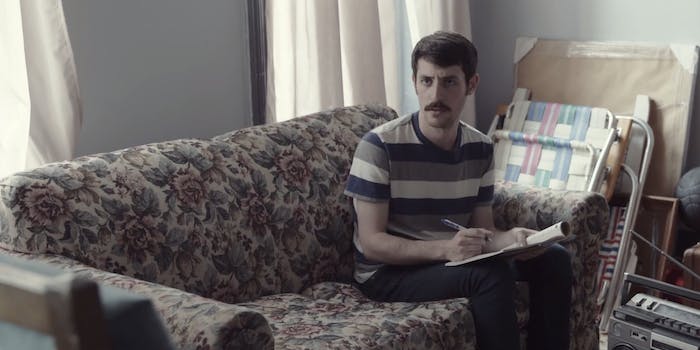 It's not the only slow-burning, post-apocalyptic comedy you’re likely to find in webseries format, but it’s probably the best.

The newest in Comedy Central’s suite of webseries, New Timers, is not the only slab of slow-burning, post-apocalyptic humor you’re likely to find in this format. But it’s probably the best, and one that certainly knows its limits.

Not surprisingly, just because the webseries is the cheapest way of bringing certain ideas to life doesn’t meant that it’s the necessarily the most suitable. The landscape is littered with examples of efforts that, despite their best intentions, utterly missed the mark due to a poor understanding of the format.

I hate to preach, but sometimes it is necessary: If your idea looks like a good fit for a movie, it’ll have roughly the same chance of working in five-minute chunks that attempts to bring sketch comedy to the big screen have had so far. There are exceptions, of course, but sadly not everyone is Monty Python, and it seems like such a waste of effort to handicap your project from the outset.

But there are no such issues with New Timers—a concept that I suspect would be an absolute chore if we were exposed to its two naive and petty main characters for longer than the seven to 10 minutes of each episode. Within that time frame however, it holds up well; their concentration on the minutiae of their lives—making dip, arranging their apartment for a date (who is no doubt dead), and ruminating over power sockets—is slyly funny when coupled with their obliviousness of the civil war, famine, and annihilation of the human race that rages outside their apartment.

Conversations about dill (“Do we even have any?” “Oh yeah, so much”) while trying to shop in a burnt-out store hint at the show’s absurdity, but there’s a balancing vein of humanity as well. When Matt explains that he is now able to play his Sega Game Gear—a console that is inherently funny—because he has taken the batteries out of their “emergency torch,” Charlie’s indifference is as touching as it is odd. With Charlie finally realizing that he has been stood up by his date, the two both play.

New Timers is written by, directed by, stars Matt Porter and Charlie Hankin, whom you may know from Good Cop Great Cop, their series of weekly (often very) shorts. Across those videos, they showed a knack for nailing length—few of the videos outstay their humor—and so it is here; the unevenness of each episode length is a testament to a writing team who know when to call “cut” just when the laughs do.