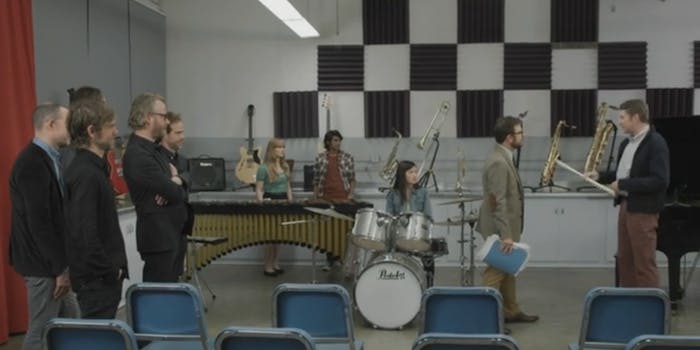 The indie rock titans have some harsh words for Arcade Fire, too.

The sketch will air Friday night on the new Bang! Bang! episode. In it, Aukerman restocks an underfunded school’s music department with state of the art equipment. The band is there to be cheerful and make dry, comically obvious puns: “Music education is important to our country on a national level.”

“Who do you think you’re dealing with here—those pussies in Arcade Fire?” singer Matt Berninger replies.

Don’t forget it: The National does not teach for free.