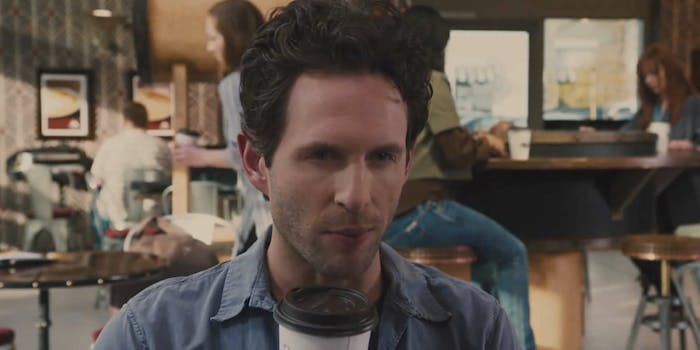 The site best known for its comedy series and short sketches has expanded into features with this project, helmed by an Arrested Development alumnus.

CollegeHumor is ready to move beyond one-off sketches and goofy comedy series. The popular website has released its first feature film, Coffee Town, which is now available from iTunes and Amazon.

Coffee Town is a slice-of-life comedy about a man who works from a coffee shop and the unusual characters with whom he must band together in order to save their collective home when it is marked for replacement. Glenn Howerton (of It’s Always Sunny In Philadelphia fame) takes on the leading role, with Steve Little, Ben Schwartz, Adrianne Palicki, and Josh Groban in supporting roles. The film’s setting, as well as its main character’s unconventional workplace, calls out to the younger generation, who will also be reasonably enticed by the unique, online-only distribution model.

CollegeHumor first purchased the script for Coffee Town back in January 2012 and hired former Arrested Development writer Brad Copeland as director. “We think that there are some movies that need to buy a lot of TV ads and be in 3,000 theaters to be successful,” said CollegeHumor co-founder Ricky Van Veen. “But something like Coffee Town we believe can find an audience without those bells and whistles.”

CollegeHumor will hope Coffee Town is more positively received than iSteve, the first feature film distributed by Funny or Die. iSteve, which is now only available on DVD, made the case that the online video comedy space was not ready to serve as a platform for feature films. CollegeHumor believes Coffee Town, with its resonant plot and Mike Judge-like stylings, has what it takes to make a better impression.