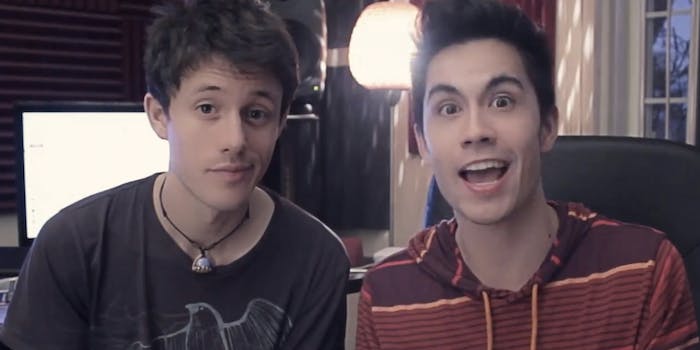 “From the guys who saw Pitch Perfect and watched an episode of Glee…” starts the voiceover to the trailer for College Musical, a new 90-minute film coming to YouTube for one night only and starring some of it’s most musical stars.

The movie is the brainchild of Kurt Hugo Schneider, the YouTuber who rose to fame with his elaborate cover song videos. He started a College Musical webseries on his channel, but opted to expand the project into a film, tapping fellow Yale alums Sam Tsui and Allison Williams (of Girls fame, and the forthcoming star of NBC’s live Peter Pan). The group shot the film four years ago while in school and are finally giving it a release this fall. And yes, as the name suggests, there’s singing and dancing.

The film will debut at the YouTube Space L.A. on Sept. 3 with a livestream to Schneider’s 4.4 million fans. Following the one-night-only stream, College Musical will be available for download on iTunes and other digital retailers.