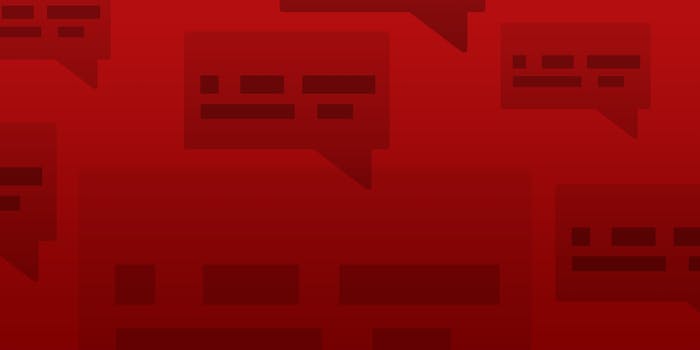 The Coen brothers aren’t exactly the biggest fans of TV or Netflix.

Joel and Ethan Coen aren’t exactly the biggest fans of TV or Netflix.

The sibling filmmakers, responsible for American cinema classics like Barton Fink, Fargo, The Big Lebowski, and No Country for Old Men, are serving as jury presidents for the Cannes Film Festival, which began yesterday. When asked about their “disdain” for TV, the Guardian reports, Ethan Coen was dismissive, saying he “hadn’t watched TV in decades.” Joel Coen hinted at his opinion, suggesting that “his wife, Frances McDormand, would ‘kill him’ as she had just completed work on an HBO series—presumably Olive Kitteridge, in which McDormand plays a math teacher.”

As if snarking on TV weren’t enough, Joel Coen expressed his reservations about Netflix and Amazon streaming services when questioned about releasing films digitally. Jokingly he remarked, “Do you mean: How do we feel about people watching Lawrence of Arabia on their iPhone?”

David Lynch had a similar critique in 2008, well before the streaming revolution began: “You will never in a trillion years experience the film … you’ll be cheated.”

While I agree with the directors—“There’s something special about watching a movie in a big group of people, on a big screen,” Joel Coen added—their perfectionism can be interpreted as mild elitism, as prestige TV has shifted toward the cinematic in the past 15 years, during the crucial decades that Ethan Coen missed. Netflix and Amazon have made their contributions, as well, with quality original series like House of Cards, Transparent, and Orange Is the New Black.

The Coen Brothers are busy, though, churning out almost a movie a year. That’s no easy feat. It’s perfectly understandable that they don’t have the time to sit around and binge watch all of Breaking Bad on Netflix, or even rent FX’s Fargo—on which they are executive producers—on Amazon. There’s just no time.