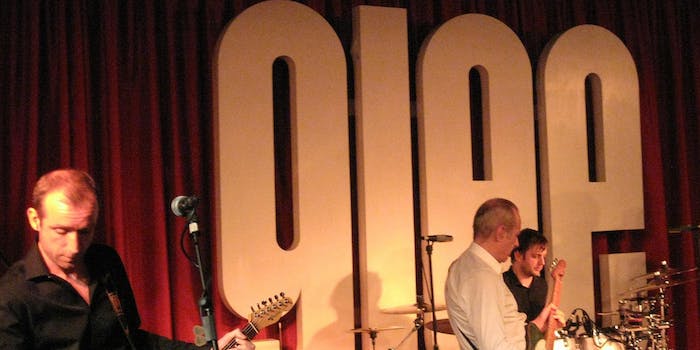 A club owner may have just gotten ‘Glee’ banned for U.K. viewers

Glee might be off the air for its final season and a half in the U.K., thanks to an unrelated nightclub franchise whose owner trademarked the name “Glee Club” years ago. In a surprise ruling issued earlier today, the High Court ruled that the TV show was infringing on the rights of the franchise, which operates four locations in the Midlands region of the U.K. The franchise also owns glee.co.uk.

Glee Club owner Mark Tughan, who trademarked the name in 1999, argued that he’d lost revenue from having his clubs associated with the TV show. While we have a hard time imagining that comedy club audiences wouldn’t want their drinks served with a side of acapella pop music, the judge apparently agreed with Tughan.

“I have found that there is a likelihood of confusion and 20th Century Fox’s use causes dilution and tarnishing… the damage suffered by Comic Enterprises is caused by its venues being confused with the TV show and its potential customers being put off… Continued use cannot be in accordance with honest practices.”

What does that mean for Glee fans? For now, it means that Glee could be off the air in the U.K. while Fox appeals the decision. Any Glee merchandise, including soundtracks, would also be gone, as would a returning live tour of the show’s cast.

Tughan insisted that while he didn’t want to deprive fans of their favorite show, he felt that he had to contest all the revenue lost from customer confusion over whether his clubs were connected to the singing-and-dancing teen favorite.

On Twitter, he called the defeat “a comprehensive win,” although Judge Wyand did not award damages in the case and called for another hearing to determine if actual revenue loss had incurred.

Even if Tughan did lose revenue over the mix-up, we’re not so sure that a few confused patrons would balance out the anger of hordes of British Glee fans wondering why their show, now in its penultimate season, is off the air.

Then again, fans have also noticed that the U.K. version of the show, currently airing on Sky network, seems to be weirdly sped up, so that some songs achieve a slightly Chipmunk-like quality. Perhaps U.K. fans will welcome the radio silence as an excuse to pirate the episodes and watch Glee at a regular frame rate.

Gaining control over the use of the words “glee club” probably won’t be the end of Tughan’s problems with misled clubgoers, however. Glee clubs have been around in England since the 18th century. Tughan’s clubs have only been around for 15 years. And while they do promise plenty of comedy and music, nowhere do they promise a capella singing.

Thus the cycle of glee- and Glee-related confusion will likely continue for Tughan.