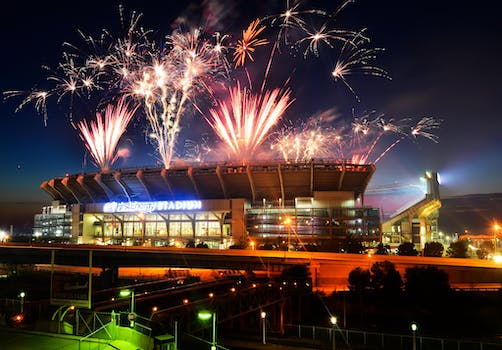 The Cleveland Browns finally won a game, and the internet went bonkers in response

It's a Christmas miracle.

On the second-to-last NFL weekend of the year, Cleveland fans got totally something unexpected Saturday. For the first time this season, they got to watch the Browns win a game. And the internet went bananas in response.

Did not expect a #Browns win for Christmas! pic.twitter.com/TGQtiGIn1c

The Browns get their first win of the season.

… and they're going wild tonight in Cleveland. pic.twitter.com/VHJbFwE9a0

The reverberations were felt across the state of Ohio, from Coshocton to Cincinnati.

In NFL history, there’s only been one team that has ever moved through an entire season without a loss, and every year when that last undefeated team loses, the 1972 Miami Dolphins pop corks on champagne bottles to celebrate their continued legacy.

And in NFL history, there’s only been one team that has ever moved through an entire season without a win, and now that the Browns have avoided that fate, you can bet that the 2008 Detroit Lions are somewhere celebrating their continued infamy.

If '72 Dolphins pop champagne when an unbeaten team loses, do '08 Lions twist off the cap on a bottle of Thunderbird for Browns' win today?

Alas, all is not perfect in Cleveland. With the victory against the Chargers, the Browns have put themselves in a position where they might not have the worst record in the league and thus might not get the No. 1 draft pick next season.

Cleveland winning its first game of the season and subsequently blowing the top draft pick might be the most @Browns thing ever https://t.co/UGoMbtg3t7