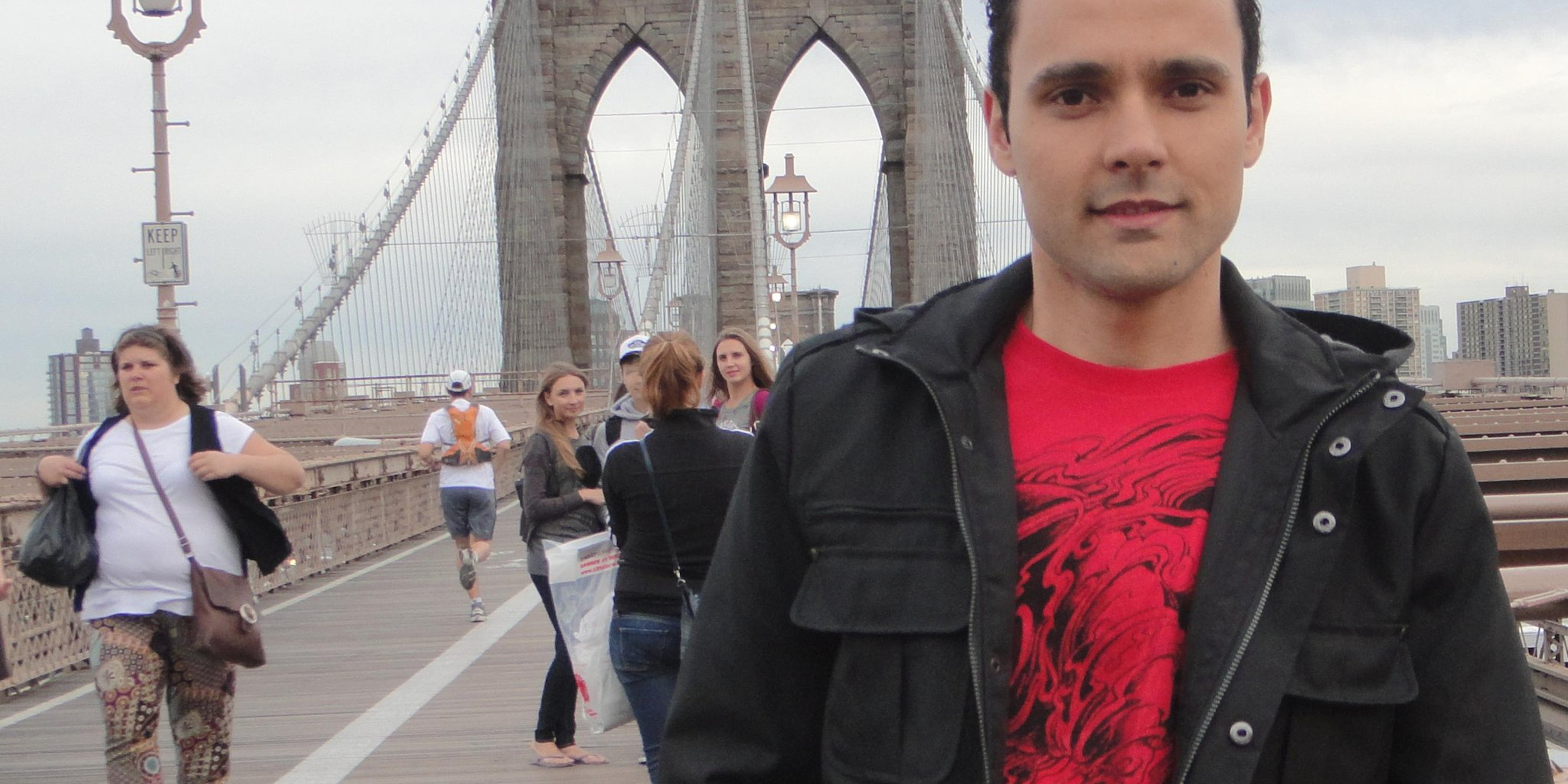 The 27-year-old illustrator explains how he uses the mobile-phone app, Cinemagram, to create surreal and timeless GIFs.

The novelty of mobile-phone GIF applications like Cinemagram is their ease of use. With a few swipes on the screen, an ordinary scene like turning off a computer can be turned into a stunning GIF animation in mere seconds.

That’s not the case for Bruno Stecanella, an artist from Sao Paulo, Brazil. His surreal GIFs take about three hours just to set up, and the results are unlike anything you’ve ever seen.

But to understand how each is made, you first you need to know how Cinemagram works.

For example, let’s say your scene has a cat yawning and a ball bouncing. Using your finger, you can highlight the ball so it will move while the cat remains static, or vice versa.

This feature has allowed users to distort reality and think outside the box. Which is exactly what Stecanella has been doing since he discovered the app about a month ago and rekindled his childhood passion for drawing.

“Without a doubt my favorite is the tunnel car animation; it was the most difficult because it was the first one I did,” Stecanella, 27, told the Daily Dot.

“Though they look simple, some designs are hard because I have to pass an entire 3D perspective to the beholder. I also have to find the best angle to position the iPhone to make the animation.”

And Stecanella’s work has not gone unnoticed.

His animations have collected more than 7,500 likes and comments on Cinemagram, which just recently adopted social-network features like following other users, finding friends using Facebook, and creating a profile persona.These features are what Stecanella believes make it one of the premier GIF social networks:

“I love the fact that I can share my work with people from around the world, and interact with them. I publish a GIF now in Brazil and the minute I get recognition from people of the United States or China. It all fascinates me. No other social network provides integration with such people, most are restricted to their network.”