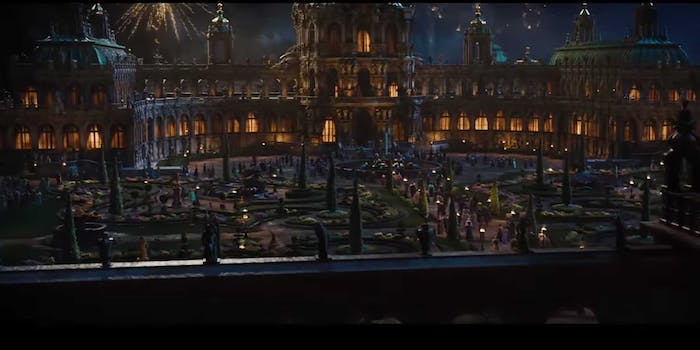 One of the oldest stories in the Disney pantheon is still inspiring memories and clicks.

Despite being a tale almost as old as time, the story of Cinderella still has some classic fairytale magic up its sleeve. The first trailer for Disney’s 2015 live-action Cinderella, which was released this week, broke all first-day viewing records for the historic studio.

As The Hollywood Reporter first revealed, the two-and-a-half-minute trailer was viewed 4.2 million times on YouTube and over 33 million times on Facebook in the first 24 hours alone. This was the most day-one views on any non-Marvel Disney trailer. While day-one numbers on trailers may seem statistically insignificant, Disney has been struggling to find stable success in adapting its classic cartoon fairy tales into live-action properties. Maleficent, the Sleeping Beauty adaptation with Angelina Jolie, earned an impressive $757.7 million in global box office revenue, but received tepid reviews. Tim Burton’s 2010 adaptation of Alice in Wonderland struggled with bad reviews and low revenue around its release as well, though in the four years since its premiere, it has ultimately earned just north of $1 billion in global revenue.

While the Cinderella trailer does give away basically the entire story of Charles Perrault’s fairy tale—upon which the Disney cartoon was based—the beauty of this remake lies in the acclaimed cast and crew who are at the center of this retelling. Helming the project is Thor director and renowned actor Kenneth Branagh, nearly pitch-perfect in everything he directs. In signing on to direct Cinderella, he no doubt imbued it with a healthy dose of the Shakespearean drama for which he’s known.

Cate Blanchett and Helena Bonham Carter stepped into heavy-hitter roles as the wicked stepmother and Ella’s fairy godmother. It’s unusual to see Bonham Carter ditch her trademark dark-princess black for blonde glittery magic as the fairy godmother, while ethereal Blanchett takes on the sinister stepmother. If there are any Cinderella fans who also love Game of Thrones, they can rest easy knowing that their King in the North is back: Richard Madden plays Prince Charming, in search of Downton Abbey’s Lily James, who plays Ella.

Whether the Cinderella trailer’s initial buzz can survive the four months until the movie’s March 15, 2015 premiere remains to be seen, but one thing is certain: Disney’s glass-slipper-wearing princess still has a pumpkin carriage’s worth of cultural magic.