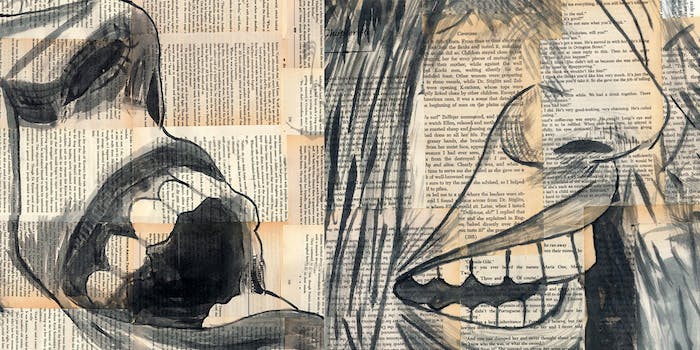 Amid criticism that the comedy industry is a white boys’ club, one group is making a statement. For Cinderblock Comedy Festival in New York City, female comics, LGBTQ comics, and comedians of color who submit their act before March 15 will pay only 77 cents for every dollar of the regular submission fee.

Festival director Coree Spencer told the Daily Dot she chose to tweak the submission pricing to try and send an inviting message to minority comedians who have experienced being a “token” comic.

“I want to prove that we’re token, but we shouldn’t be. We deserve our own shows, and they don’t need to be called ‘Sexy Latina Night,’ or something. We don’t need any themed ‘comedi-enne’ [shows],” Spencer said. “It is going be a diverse comedy festival, yes, but they should all be.”

During the festival’s early submission period, the $25 fee will be cranked down to $19.25. After the period ends, festival submissions will be open to all comedians with the $25 fee applied to all entries.

Spencer acknowledged that the wage gap statistic—that women make 77 cents for every dollar a man makes—is a generalization, and that other minorities including women of color are paid significantly less. But she thought using the figure would be a way to strike a chord with diverse comics.

“The 77 cents to the dollar is definitely a political statement. Originally that 77-cent discount was supposed to be just for women in the early stages,” Spencer said. “As I was doing a little more research and kind of growing as a human being, I realized that that discount should be extended out to other groups that I want to be part of it [in order] to create the festival that I want.”

Since 2008, Spencer has done comedy in the Portland, Oregon; San Francisco; and New York City scenes. Though she enjoys the camaraderie of comedy festivals, Spencer said doesn’t take well to being the only female comic in a sea of men. She said she realized that festival bookers build their preferred lineups first, and then insert women, LGBTQ people, and people of color as an afterthought.

“If even a young person comes to our shows and they’re just like, ‘holy crap, they’re doing it. I can do it,’ that’s beautiful, that’s what we want,” Spencer said.

“You don’t get to meet the other females, you only get to meet the guy comics,” Spencer said. “If you ask somebody, ‘Who do you know?’ it’s mostly males, because we don’t see each other unless we’re at open mics or we have a friend that knows somebody and we happen to meet them.”

For minority comics, standing out against the white, male backdrop might make comedy appear “easier” for them at the beginning of their careers. However, Spencer said standing out also allows them to be recognized before they have the time to fully develop their act—a situation she said helps fabricate the opinion that “women/gay/minority comics aren’t funny.”

This career roadblock coupled with the lack of networking opportunities gave Spencer the idea to start Cinderblock Comedy Festival. Though she wants to attract more diverse comics, Cinderblock isn’t labeled as a “female” or “diversity” festival—after all, Spencer pointed out, festivals composed entirely of male comics aren’t celebrated as “male” festivals.

“You can only rage for so long before you’re like, ‘Oh, maybe I should do something,’” Spencer said. “I want a lot of ladies there because… we need to have that community that we don’t really get. If we can all get together, have an awesome time, and laugh, we’re not hurting anybody.”

While preparing for Cinderblock, peers and other festival directors told Spencer that they noticed female comedians don’t enter into comedy festivals. Spencer was told she needed to purposely find and target comedians who aren’t straight men. Hence, her discounted rate.

While Spencer said she has received some “straight white male tears” on her Facebook page since launching the festival’s GoFundMe campaign in January, the response to her prorated entry fee has been overall positive. The festival team has grown to 21 women.

“It’s funny because some of [the team], I didn’t know them before… and that’s pretty much the whole problem,” Spencer said. “It just proves to me that there’s a need for what I’m doing. We’re working for something that’s going to be pretty exciting, and… there’s enough experience between all of us… we know the type of experience we want to have.”

In the first three days after submissions opened, the festival had already received 41 entries—27 women, two trans women, and 12 men. Though white men who don’t identify as LGBT cannot submit their performance until March, Spencer said many have reached out and commended her for creating the festival.

“It means a lot to me when [the positive comments are from] white males, because it means that they’re not mad and it means that they’re ‘normal,’” Spencer said. “A guy stopped me on the street after a show I did last night, and he was just like, ‘Hey, I just want to let you know, what you’re doing is right.’”

As the festival looms seven months away, Spencer is undecided on whether to apply the diversity pricing to ticket sales, but said the festival may opt for a presale code instead. Ultimately, Spencer said she hopes the festival’s diverse lineup will allow audiences to see comics and hear stories that they can identify with, and will inspire them to speak up themselves.

“If even a young person comes to our shows and they’re just like, ‘holy crap, they’re doing it. I can do it,’ that’s beautiful, that’s what we want,” Spencer said.

Photos via danow shtruzman/Flickr (CC BY 2.0) | Remix by Jason Reed